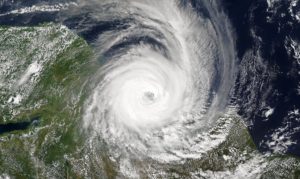 Mozambique’s President Filipe Nyusi said that the death toll could surpass 1,000 with hundreds of thousands impacted by the worst tropical cyclones to hit Africa.
• The American Jewish Joint Distribution Committee and IsraAID are providing emergency medical supplies and will deploy a response and assessment team.

Following deadly Cyclone Idai that struck Mozambique, the American Jewish Joint Distribution Committee is providing emergency medical supplies through its partner, the Afya Foundation, and will deploy a response and assessment team, including a disaster-relief expert and field medic, to the devastated nation in the coming days.

With widespread destruction and a rising death toll, JDC activated its network of local and international partners, is assessing emerging needs and will continue to direct relief accordingly.

Earlier this week, the Israeli humanitarian-aid organization IsraAID announced that it’s planning to send a response team to Mozambique after the African country was hit by the cyclone on March 14, after days of incessant rains.

“As we offer our prayers for the safekeeping of those still unaccounted for and mourn the tragic loss of life in Mozambique, we are doing all we can to ensure the most immediate and urgent needs are met,” said JDC CEO David M. Schizer.

“The imperative to aid survivors and begin their healing process is crucial on what will be a very long road to recovery.”

Cyclone Idai has been regarded as one of the worst tropical cyclones on record to affect Africa and the Southern Hemisphere as a whole.

Mozambique’s President Filipe Nyusi said that the death toll could surpass 1,000 with hundreds of thousands impacted by the storm.

JDC has worked in Africa for decades, addressing a variety of emergencies and development challenges including famine, war, educational opportunities for women, economic advancement for smallholder farmers, and medical issues including spinal and heart disease.

The organization has recently responded to disasters and crises in Guatemala, India, Indonesia, the Philippines, Mexico, the Caribbean, Sri Lanka and East Africa, and has continued its post-disaster development work in Nepal and Haiti. JDC also provides ongoing humanitarian aid to refugees in Europe and the Middle East.

JDC’s disaster-relief programs are funded by special appeals of the Jewish Federations of North America and tens of thousands of individual donors.

Relief efforts of JDC are coordinated with the U.S. State Department, USAID, the Israeli government and the United Nations, as well as local and international partners.