“For the Jewish people, this is a path that stood the test of thousands of years, and now the Council of Europe is trying to erase it.”

Israel on Friday called on the Parliamentary Assembly of the Council of Europe to annul a resolution it passed on Tuesday against circumcision, calling it a “moral stain” on the Council. 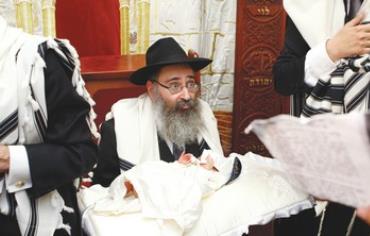 “Circumcision of male children is an ancient religious tradition of two important religions, Judaism and Islam, and it is also common among some Christian circles,” the Foreign Ministry said in a statement. “Any comparison of this tradition to the reprehensible and barbaric practice of female genital mutilation is either appalling ignorance, at best, or defamation and anti-religious hatred, at worst.”

The Council’s resolution called male ritual circumcision “a violation of the physical integrity of children” and called on  states to “initiate a public debate, including intercultural and inter-religious dialogue, aimed at reaching a large consensus on the rights of children to protection against violations of their physical integrity according to human rights standards.

The  Foreign Ministry statement said that claims circumcision harms the health of young boys are false and run contrary to scientific evidence.

The resolution, the statement continued, is “an intolerable attack both on the respectable and ancient religious tradition that lies at the base of European culture, and on modern medical science and its findings. This resolution casts a moral stain on the Council of Europe, and fosters hate and racist trends in Europe. We call on the Council of Europe to act without delay in order to annul it.”

The Council is a pan-European intergovernmental organization of 47 member states that is not affiliated with the European Union, and which cannot make biding laws.

MK Nachman Shai (Labor), who led a Knesset delegation to the Council of Europe earlier this year, said that the decision shows ignorance and a lack of basic understanding of one of Judaism’s most basic customs.

“For the Jewish people, this is a path that stood the test of thousands of years, and now the Council of Europe is trying to erase it,” Shai said.

The MK plans to demand that the council hold a new discussion on the topic as soon as possible.

“This is an initiative that must be stopped immediately,” Shai stated.