NEW YORK – An omnibus bill full of measures improving the relationship between Israel and the United States has passed the US Senate, after delay since May. 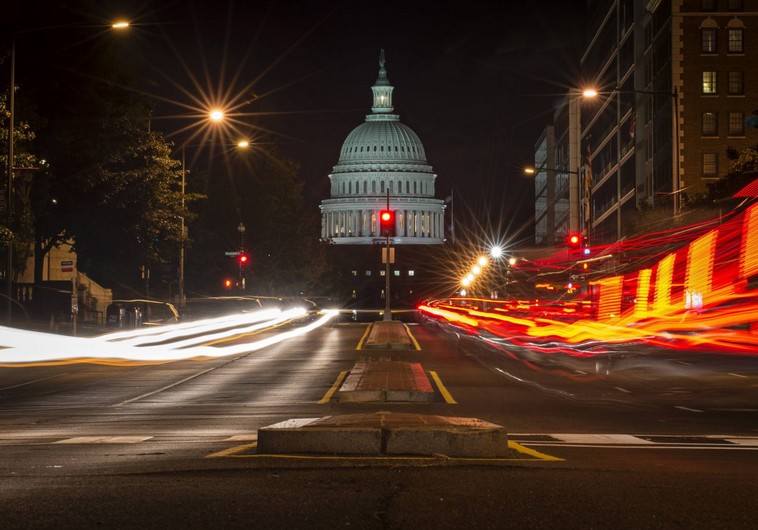 The US Capitol building in Washington. – Photo: REUTERS

The bill declares Israel a “major strategic partner” of the US, enhances Israel’s trade status to expedite export licensing, increases cooperation on energy, water engineering, research and development, and expands authority for forward-deployed US weapons stockpiles in the Jewish state.

But missing from the bill is action on an issue long encouraged by Israeli officials and their advocates on Capitol Hill: inclusion of Israel into the US visa waiver program, which would allow smooth travel from one country to the other.

The visa waiver program has become controversial in recent weeks for reasons “entirely unrelated to Israel,” one source familiar with the bill told The Jerusalem Post, “but because of what is going on with ISIS [Islamic State].”

Thousands of passport holders from countries within the program, including from the European Union, are now considered a national security risk with uninhibited access to the homeland. The program removes an entire layer of screening that puts pressure on other intelligence tools and agents, Hill members say.

The original draft of the bill, called the US-Israel Strategic Partnership Act, began to cut some of the red tape around the issue.

The US has been reticent to include Israel into the program because of Israel’s refusal rate at its own borders, possibly based on discriminatory principles, which goes against State Department policy for program entry. On the sidelines, conversations are now under way on how to lower Israel’s refusal rate.

As it passed, the bill “encourages” Israel’s inclusion into the program and, according to bill author Senator Barbara Boxer (D-CA), “affirms Israel’s ability to participate in the visa waiver program as long as she meets existing requirements.”

The declaration of Israel as a major strategic partner is an elevation from “major non-NATO ally,” Israel’s legal status as a US ally since 1988, and further binds the executive to ensure Israel’s qualitative military edge in the region.

“It establishes an architecture for things like cyber-security,” said one source with a pro-Israel organization, adding that it broadens the relationship in “a number of different areas.”

The bill seeks expeditious approval from the White House of long-term security guarantees to Israel through a decade, and increases its crisis stockpile of weaponry by a value of $200 million to a total of $1.8 billion, in addition to billions more towards other military projects.

The House of Representatives passed a similar bill in March.

Co-author of the bill Roy Blunt (R-MO) called the bill a bipartisan success “during this critical time in the Middle East region.”

Originally slated for passage in the Senate in May, ranking member of the Senate Foreign Relations Committee Bob Corker (R-TN) proposed adding language to the bill that would trigger congressional hearings on any future agreement between world powers and Iran on its nuclear program. The bill, co-sponsored by 81 senators, was tabled over the language.

“By declaring in legislation that Israel is a ‘major strategic partner’ of the United States, the bill lays the foundation for expanded US-Israel cooperation in a wide variety of spheres, including defense, intelligence, homeland security, cyber security, energy, water, agriculture, and alternative fuel technologies,” the AIPAC statement read.