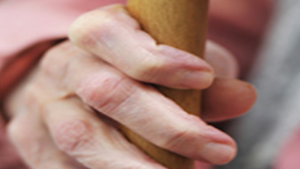 IEC employee recruits help from his colleagues and the Arad Municipality after posting on Facebook the dire situation of 82 yr-old woman, who’s in need of a new refrigerator after the faulty electrical infrastructure was short-circuiting her home.

An Israel Electric Company technician arrived on Monday to fix a glitch at the home of an 82-year-old Holocaust survivor, only to discover the woman was living in a rundown house with neglected infrastructure. He decided to take on the project and even got his colleagues on board. Together, they are trying to fix her infrastructure and get her a new refrigerator.

It all started on Monday morning, when the elderly woman called the Electric Company to complain that she her house did not have any electricity. When the call center representative could not help her over the phone, the company decided to send a technician, who discovered that her refrigerator was short-circuiting the entire house. He fixed the problem, but realized that the dilapidated infrastructure currently in place would prevent any long-term solution.

Shortly after the technician’s visit, a representative of the Electric Company named Eran Ariel published the following post on Facebook: “About two hours ago, we received a report from an elderly woman. It was a stormy conversation, during which she told us she didn’t have electricity in her home. Despite the fact that we are supposed to refer people to a private technician in such cases, we sent one of our technicians over. He got the power back on and took care of her.”

The post continued by saying, “Generally speaking, technicians are forbidden from checking the infrastructure, but he did check it out and found the reason for the short-circuit. It turned out she was a lone, 82-year-old holocaust survivor. She has two dogs she rescued from the street after they were abused. And now she’s living without a refrigerator, so we’re looking for a refrigerator for her and hoping to get some help.”

The Arad Municipality responded to the story. “The resident in question is known to the welfare services and is treated regularly and consistently. She has received food and home repair several times. Tomorrow morning we will send someone to fix her short circuit with the refrigerator in her home. She will also receive a home call team from the welfare services.”

The Israel Electric Company also issued a statement, saying that “The call center representatives receive special training in which they are requested to display particular sensitivity for such cases.”