Israel’s Tourism Ministry invests $1.5 million in TV ad campaign to encourage tourism from India to the Holy Land, with a set goal of 100,000 visiting tourists by 2018.

Israel’s Tourism Ministry is looking to break into the Asian market, with the launch of its first major TV advertising campaign in India to promote incoming tourism to Israel.

According to the Tourism Ministry, India is one of the major emerging markets for incoming tourism to Israel.

“The experiential campaign that we have launched in India has been adapted to the particular characteristics and tastes of the Indian market,” elaborated Tourism Minister Yariv Levin, who noted that Israel is also engaged in significant marketing campaigns in China.

The Tourism Ministry has tripled its marketing budget this year for the Indian market, and the current advertising campaign is slated for two months with an investment of NIS 6 million ($1.5 million)—placing an emphasis on Israel’s rich mix of history, culture, and a vibrant, contemporary lifestyle. 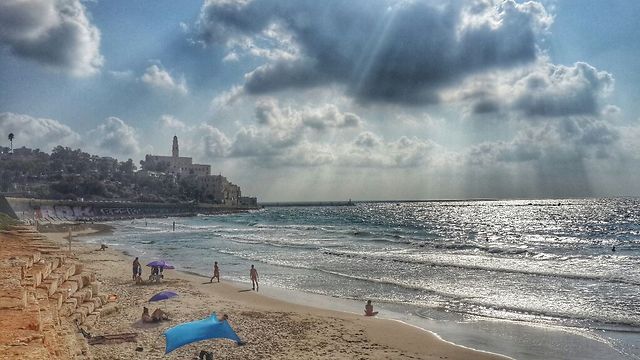 In addition to a TV commercial, the campaign also features advertising and marketing content in leading travel and consumer print media and a significant presence across social media.Israel recently held travel trade promotions in Mumbai, Calcutta, Delhi, Bangalore and Chennai, which were attended by 800 Indian travel agents.

Israel has also hosted Indian personalities and decision-makers in the Holy Land, including Bollywood star and fashion icon, Sonam Kapoor, in May, who took part in a photo-shoot on location in Israel for the June-July 2016 cover of Harpers Bazaar Bride India magazine, with a documentary film being made about her visit. Other visitors include Bollywood producer Tanuj Garg, who came on a scouting mission for future production and journalist and author Aditi Mathur Kumarand.

In an effort to further meet the needs of tourists from Asia, with an emphasis on India, the ministry hosted four Indian celebrity chefs last November, who offered culinary workshops to hotel and restaurant chefs. Subsequently, hotels in Israel are offering Indian cuisine to their guests.

In 2015, around 40,000 tourists visited Israel from India, up 13 percent from 2014. The Tourism Ministry has set a target of 100,000 visitors from India by 2018, focusing on the growing sector of middle-class Indians looking for vacation destinations far from their home country.

According to the Tourism Ministry, Israel is a potential choice destination for the young and financially secure of India, who are looking for something extra and unique beyond favored destinations such as the United States and Europe.

“I am sure that the significant marketing activity we are doing in China and India will lead to an increase in the numbers of incoming tourists from these destinations,” added Levin.