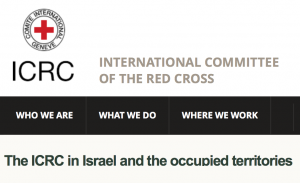 Prime Minister Binyamin Netanyahu ordered the foreign ministry to lodge a stern complaint with the International Committee of the Red Cross (ICRC) in Geneva, under whose auspices the Red Crescent operates, demanding an explanation as to why the Palestinian ambulance ignored Israeli victims, contrary to all humanitarian and ethical practices.

A foreign ministry source told Arutz Sheva that “Israel will enact all necessary sanctions against the Red Crescent.”

Netanyahu himself related to the incident in question this evening, during a press conference in which he condemned the terror attacks by ISIS in Paris.

“There was an incident yesterday, which appears to be very serious. The matter relates to an ambulance of the Red Crescent, which appears to have passed by the Litman family – (passed) by its dead and injured – and did not approach to give treatment.

Netanyahu further noted that “no such thing” had ever occurred with Israeli emergency services “who provide aid without distinction to Jews, to Arabs, to everyone.”

He added that if it became clear the incident was intentional, Israel will not remain silent and will use all the tools at its disposal against the Red Crescent.

Security sources say this is far from the first such incident. Red Crescent ambulances and other Palestinian medics have regularly ignored Israeli victims in need of treatment, in what appears to be a matter of policy.

In a deadly stabbing in October, which occurred right outside a Palestinian medical clinic in Jerusalem’s Old City, Arab doctors and medics simply stood by while the Jewish victims bled to death, and as other Arab passersby abused the wife of one of the victims as she attempted to escape with a knife still embedded in her back.