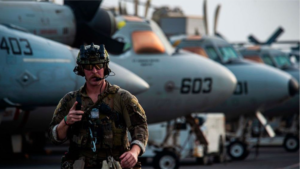 Mercer Street, a Liberian-flagged, Japanese-owned vessel that was attacked on Thursday, is being escorted by the aircraft carrier USS Ronald Reagan, US Central Command said in a statement. 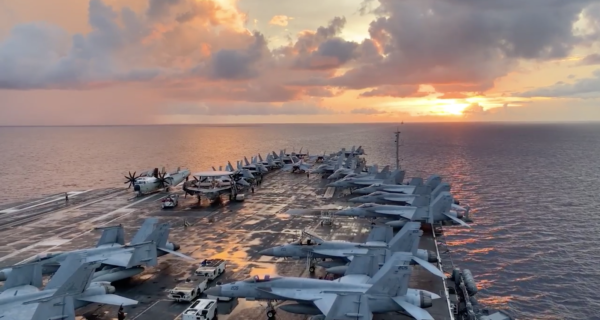 “US Navy explosives experts are aboard to ensure there is no additional danger to the crew, and are prepared to support an investigation into the attack,” said Central Command, which oversees American military operations in the Middle East and Central Asia.

Israeli Foreign Minister and Alternate Prime Minister Yair Lapid blamed Iran on Friday for the attack, which killed a Briton and a Romanian, and said it deserved a harsh response. There was no immediate official reaction from Iran to the accusation that it was responsible.

Lapid spoke with US Secretary of State Antony Blinken about the incident on Saturday evening, he said on Twitter.

“We are working together against Iranian terrorism, which poses a threat to all of us, by formulating a real and effective international response,” Lapid said.

The Israeli managed tanker Mercer Street in 2016 off the coast of South Africa. It was allegedly attacked near Oman, July 29, 2021.- Photo: AP

Lapid added on Twitter: Iran “repeatedly errs in understanding our commitment to protecting ourselves and our interests.”

US and European sources familiar with intelligence reporting said on Friday that Iran was their leading suspect for the incident.

Israel is pressing the international community to act against Iran over the incident.

Lapid on Friday said he has ordered the nation’s diplomats to push for UN action against Iranian terrorism.

“I’ve instructed the embassies in Washington, London and the UN to work with their interlocutors in government and the relevant delegations in the UN headquarters in New York,” Lapid announced.