Israel moves to decriminalize cannabis for personal use 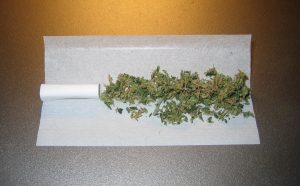 Minister Erdan explained that under the new policy, police would focus enforcement of laws against marijuana use in public spaces, not people’s homes, saying, “The goal of the plan is to prevent significant harm to regular people who have no criminal past.”

Israeli Public Security Minister Gilad Erdan on Thursday announced that he would move to decriminalize the personal use of cannabis – which would make Israel, already at the forefront of medical marijuana research, the first country in the Middle East or Africa to decriminalize the substance.

Erdan said people caught possessing up to 15 grams of cannabis would receive a fine, with criminal charges being brought only as a “last resort”.

The new policy must be approved by the government and has yet to be presented to Prime Minister Benjamin Netanyahu, Israel’s Walla news site reported.

Erdan further said that under the new policy, authorities would focus enforcement of laws against marijuana use on public spaces, not people’s homes.

“The goal of the plan is to prevent significant harm to regular people who have no criminal past,” Erdan said.

Currently, recreational use of marijuana is illegal in Israel and the use and distribution of medical marijuana is highly regulated, but the government is much less rigid when it comes to cannabis research.

American firms have invested around $50 million in licensing Israeli medical marijuana patents, cannabis agro-tech start-ups, and other companies developing cannabis technologies, as scientists struggle to navigate the government red-tape surrounding marijuana research in the US.