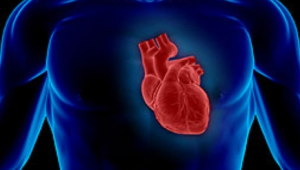 The exhibition will be displayed along a large wall just after passport control, with the goal of introducing Israeli science and leading innovators to the 8 million travelers who pass through the airport annually. Organizers hope this will also help Israel’s public diplomacy efforts by bolstering its image as a start-up nation.

“The exhibition is a major public diplomacy asset for Israel,” Akunis said. “We are showing the vast contributions of Israeli science and technology to the world and all of humanity. We can take pride in those people and innovations. Israel is a trailblazer and an innovation powerhouse. The world admires and is amazed by our achievements. Therefore, it is fitting that they be shown at the gateway into and out of Israel.”

The exhibition will feature cherry tomatoes, the flash drive, the highly popular Copaxone drug for multiple sclerosis, the PillCam disposable capsule that films the gastrointestinal tract, a robot that helps with back pain, the Mobileye collision avoidance system for cars, and Intel chips that were developed in Israel.

The exhibition also includes less well known innovations that have been of great value to the scientific community: a new method for activating immune cells to help treat cancer; breath tests for early detection of disease; drugs for Alzheimer’s and Parkinson’s diseases, the discovery of new fungi species in the Dead Sea area; the development of new seedless grape varieties and the use of seaweed for regenerating heart tissue; new findings on bacterial self-organization; technology that was incorporated in the Large Hadron Collider at CERN (the European Organization for Nuclear Research) and the VENμS Satellite, a joint Israel/France satellite that will monitor vegetation and water quality from space.

“Sections of the exhibit will be devoted to Israel’s eight Nobel Science laureates, three Turing laureates and one Fields Medal winner,” the Science, Technology and Space Ministry said.