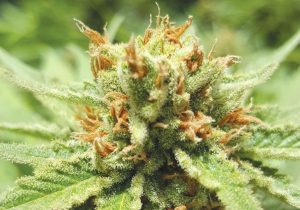 The new bill focuses on public enforcement: those caught with cannabis in public are subject to various fines: on the first offense, 1000 NIS and 2000 NIS for the second offense. Thereafter, only on the fourth offense, individuals may be subject to criminal proceedings.

The bill has been spearheaded by Public Security and Strategic Affairs Minister Gilad Erdan, who said Israel wants to “reduce the harms of drug usage regularly but avoid as much as possible the criminal stigmatization of average citizens.”

MK Tamar Zandberg (Meretz) said that the passing of the bill marks “another important step on the road to our victory.”

She added that the law is “far from perfect, but it is a foot in the door on the way to a policy of full legalization.”

Last month, in a preliminary reading in the Knesset, an amendment to allow the export of medical marijuana passed unanimously. The amendment, which falls under the Dangerous Drugs Law – the same law under which the legalization of cannabis is considered – will need to be passed by the Knesset Labor, Welfare and Health Committee before its first reading.

As marijuana is still considered a controlled substance, its exportation presents many challenges, including the need for secured storage at Israeli airports. Should it be fully legalized, it is possible that this necessity would be waived.