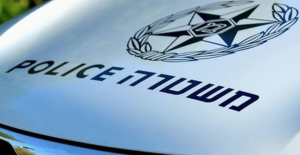 The concept for the vehicle was introduced at Israel’s annual defense technology conference, which this year was hosted by the Israel Police.

First, the designers built a hand-sized model of the proposed vehicle, and then began working on a full-sized one. The police have assigned the 3-D printed model the number 007, partly in honor of actor Roger Moore, who played James Bond and who died while the idea for the car was being implemented.

Israel Police Commissioner Insp. Gen. Roni Alsheikh said, “I’ve been keeping tabs on the project for a long time, and I’m happy to see that not only is police participation in the conference increasing, but the police undertook to sponsor and host this year’s event.”