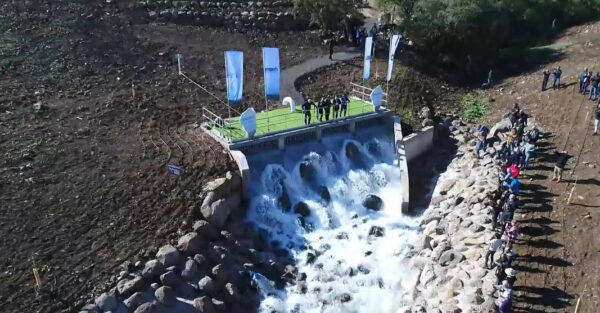 Following 4 years of work, Mekorot launches the world’s rarest water project, the pumping of desalinated water from the Mediterranean to the Sea of Galilee. The project will help to maintain the ecological balance of Israel’s only freshwater lake, the ability to serve the needs of the agriculture industries, as well as Israel’s committed delivery of fresh water to Jordan.

Israel’s national water management company, Mekorot, along with the Israeli Water Authority will lead the project to create a system to transfer water from the Mediterranean Sea, desalinate it and pump it into Israel’s only freshwater lake. The project is set to cost over $285 million.

The project was brainstormed after precipitation levels fell way below expected projections between 2013 and 2018. In that time period, almost no drinkable water was pumped from the Sea of Galilee.

To understand this latest Israeli technological miracle, the water will allow a flow from the Sea of Galilee to the Dead Sea, that’s been shrinking over the last 5 decades.

It will also allow Israel to send even more water to Jordan, which is in dire need of more potable water. https://t.co/BpxkHzbuo0

The project is set to address multiple issues, such as maintaining an adequate water level at the Sea of Galilee, which is used for both agricultural and emergency public use, and transferring water to Jordan as part of the peace treaty signed between the two countries.

The first phase of the project includes an 18-mile pipe to Tzalmon River and from there to the Sea of Galilee. The second phase includes establishing four pumping stations near the central city of Rosh Haayin. The project is also set to help reinstate waterflow in areas where it has become scarce in recent years.

EO of Water Resources Agency Yechezkel Lifshitz, said: “The project proves Israel is at the forefront of innovative thinking and creative planning to tackle the challenges posed by global climate change, while preserving adequate water supply, protecting Israeli nature reserves and maintaining the strategic importance of the Sea of Galilee.”

Mekorot Chairman Yitzhak Aharonovitch, said: “This project will go down in Israeli water management history. Pumping water to the Sea of Galilee will protect our national lake and give us the control we need to operate swiftly and efficiently in times of crisis.”