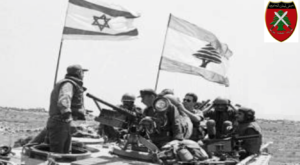 In the coming days Israel’s government will vote on providing grants of up to $136,000 to the veterans of the South Lebanon Army [who fled to ‎Israel during the May 2000 withdrawal], in recognition of their courageous contributions to past IDF operations in Lebanon.

Veterans of the South Lebanon Army who reside in ‎Israel will soon become eligible for substantial ‎housing assistance, in recognition of their contribution to ‎IDF operations in southern Lebanon prior to the military’s ‎withdrawal from the region in May 2000.‎

The SLA was dissolved in the summer after the Israeli withdrawal and ‎‎Israel absorbed some 7,000 SLA veterans and their ‎‎families. Integration difficulties overwhelmed the ‎‎majority of them, and over half of them have since ‎left Israel.

According to a bill drafted by the Defense Ministry ‎and Prime Minister Benjamin Netanyahu’s adviser on ‎the SLA Brig. Gen. (ret.) Yigal Pressler, housing ‎grants would amount to 500,000 shekels ($136,000) for each family. ‎

The bill will be presented to a government vote in ‎the coming days.‎

The Defense Ministry has earmarked NIS 150 million ‎‎($41 million) for this purpose, estimating that some ‎‎300 SLA veterans are eligible for housing ‎assistance. The funds will be distributed between 2019 and ‎‎2024.‎

The proposal states that the assistance will be offered to SLA veterans “as a token of the state’s ‎deep appreciation for their work with the IDF, and taking into ‎account the economic distress most of them ‎experience, especially with regard to housing ‎issues.” ‎

The bill notes that “even today, 18 years after the ‎IDF’s withdrawal from Lebanon, a significant ‎portion of SLA veterans residing in Israel face ‎integration difficulties and suffer from dire ‎financial straits”

‎”Given this situation, and out of a sense of ‎responsibility toward SLA veterans who have ‎tied their fate with that of the State of Israel, it ‎was decided to afford them a one-time grant of NIS ‎‎500,000 for the purchase of an apartment,” the bill ‎reads.‎

The proposal sets various eligibility criteria for ‎housing benefits. ‎It defines an SLA veteran as an individual who ‎served in the South Lebanon Army as defined in the ‎‎2004 South Lebanon Army ‎Personnel and their ‎Families Law, and further states that the widows of SLA ‎veterans will also be eligible for assistance.‎

Eligibility evaluations will be conducted by the ‎Construction and Housing Ministry, and a ministerial committee will prioritize such ‎applications. ‎

The state has offered financial assistance to SLA ‎veterans and their ‎families in the past and is ‎currently still funding housing expenses for 220 ‎households.