Japan is no longer reluctant to upset its oil suppliers with the geopolitics changing in the Mid-East as oil prices go down, so strategically, they’re not as important as in the past.

Japanese executives say they are increasingly drawn to investments in Israel as the price of oil falls and, with it, the influence Arab oil suppliers have on Japan’s decision-making. 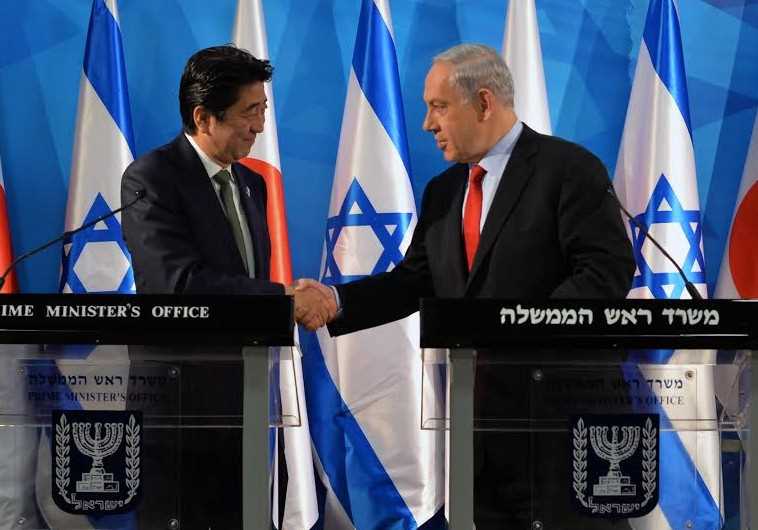 Over the past two years, Japan and Israel have strengthened business ties, signing a series of economic agreements on the back of a visit by Prime Minister Shinzo Abe to Israel in 2015 and Benjamin Netanyahu’s trip to Tokyo in 2014.

“Abe had a good impression; he liked Netanyahu’s mentality,” Yoshimitsu Kobayashi, chairman of Mitsubishi Chemical Holdings, told Reuters when he led a delegation from Keizai Doyukai, the Japanese business lobby, to Israel in May.

For years, trade between the two was minimal – Japan was reluctant to upset its oil suppliers, many of whom belong to the Arab League, which has long backed a boycott of Israel.

“Geopolitics is changing in the Middle East and as oil prices come down, strategically it’s not as important,” said Kobayashi. “Japan is changing its mind.”

This is not to say Japan has given up on the Arab world.

Isamu Nakashima, chief researcher at the Middle East Institute of Japan, said Japan’s need for oil will always trump its need for anything Israel can offer, though past worries that trade with Israel could annoy Arab nations have mostly faded.

“But for things to really improve a lot, there needs to be a peace settlement (between Israel and the Palestinians),” Nakashima said.

Bilateral trade in goods in the first seven months of 2016 rose to $1.4 billion from $1.1 billion, making Japan Israel’s fourth-largest market in Asia. It is part of a growing shift in focus as Asia overtakes the United States to become Israel’s largest trading partner after Europe.

BUILDING FROM A LOW BASE

The deal that put Israel on Japan’s business map was the $900 million acquisition of chat app Viber by Japanese e-commerce giant Rakuten Inc in 2014. Viber has a big user base in Asia and was approached by Rakuten while doing business there, said Michael Shmilov, Viber’s chief operating officer.

“There are strong cultural differences but at the same time, Rakuten is a global company where English is the official language and we are working closely to reduce the impact of these differences,” he said.

The biggest obstacle, he said, is the lack of direct airline flights, something Israel wants to change.

The Viber acquisition was followed by several others, including the $212 million purchase of Israel’s Altair Semiconductor by Sony Corp this year.

Net investment by Japanese firms in Israel, after subtracting Israeli investment in Japan, nearly doubled in 2015 to 5.2 billion yen ($50 million), according to the Japan External Trade Organization, citing Bank of Japan data.

For Israel, Japan offers a large market and a source of capital at a time of growing calls by some activist groups in Europe and the United States for a boycott of Israel because of its policies towards the Palestinians.

They seek a state on land captured by Israel in a 1967 war. The most recent peace talks between the two fizzled in 2014.

An area where Japan is a particularly attractive market is in defense and cyber security, a sector that faces restrictions when it comes to China. Health is another key area as Japan’s aging population seeks affordable medication.