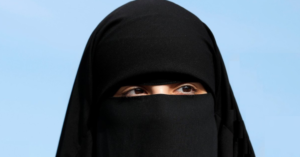 RELEASED FOR PUBLICATION: Ranwa Shanawi, 22, stole funds from her parents to buy airline ticket to Turkey, then used fake documents to cross into Syria to join the al-Qaida-linked Nusra Front.
– She was later arrested by fellow members of the group, then deported back to Turkey.

An Israeli citizen who traveled to Syria to join the Nusra Front and “die a martyr’s death” crossed the border back into Israel last month and was arrested by the Shin Bet security agency and the Israel Police, the Shin Bet reported Sunday after an ban on the story was lifted.

Ranwa Rasmi Mahmoud Shanawi, 22, a resident of the town of Jadeidi-Makr, was arrested upon her return to Israel in early May and taken for interrogation. Shanawi informed investigators that she had been in contact with a Syrian citizen who suggested she come to Syria and join the Nusra Front. Shawai agreed, seeking a “martyr’s death.”

Shanawi stole money from her family to pay for her plane ticket. She flew from Israel to Turkey on March 18, and once in Turkey used fake documents to cross the border into Syria. She spent approximately a year in Syria, during which time she reached out to the al-Qaida-linked Nusra Front terrorist group and stayed with them until she was arrested and imprisoned in Idlib by fellow members of the group.

After she was released, Shanawi asked to remain active with the Nusra Front, but they sent her back to Turkey, from where she was returned to Israel.

On Friday, the Northern District of the State Attorney’s Office filed an indictment against Shanawi on a number of serious terror-related charges.