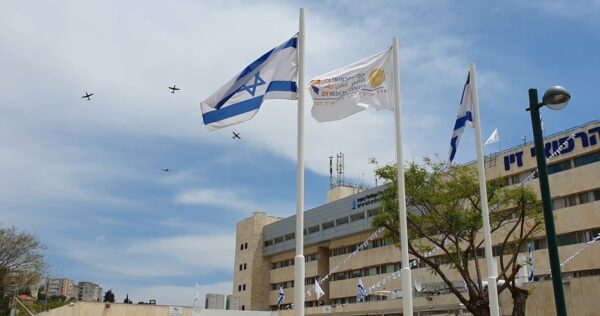 BREAKTHROUGH: All 18 hospitalized individuals at the Ziv Medical Center in Safed that were administered Amor-18 from Amorphical, recovered in a phase II trial and were shortly discharged.

All 18 COVID-19 patients hospitalized with moderate or severe symptoms who were administered the drug Amor-18 developed by Israeli biotech company Amorphical in a phase II clinical trial recovered and were discharged in a few days, the company announced Wednesday. Of the 19 individuals who were given a placebo, six had to be transferred to intensive care, and two died.

The trial was conducted at the Ziv Medical Center in Safed and led by the directors of the coronavirus department, Dr. Kamal Abu Jabal and Dr. Nashat Abu Saleh. As part of compassionate care, two other patients in a very serious condition were given the drug and they both recovered and were discharged.

“Since the patients treated with the drug recovered within a few days and were released to their home, this was 100% successful,” Abu Saleh said.

Amor-18, which uses Amorphous Calcium Carbonate (ACC) as the main ingredient, was administered orally or by inhalation. As explained by the company, ACC has the ability to modulate acidic pH changes around each cell. These changes affect the capability of the coronavirus to penetrate the cells and replicate. This allows the drug to prevent the virus from spreading and therefore the patients from deteriorating.

“We are excited about the results of the clinical trial, which bring real hope to corona patients in Israel and around the world, and are especially encouraging these days with the start of the fifth wave and the Omicron variant,” said Amorphical CEO Yossi Ben

“The drug we have developed is anti-inflammatory, safe and effective and it is easy to use,” he also said, adding that Amor-18 will work against the entire SARS virus family, including all COVID variants.

Coronaviruses cause diseases in mammals and birds. – Wikimedia

A larger trial is already being conducted at the Ziv, Shamir, Kaplan and Maayan Hayeshua medical centers in Israel. In the near future, the drug is also going to be tested in other countries. Seven hospitals in Brazil have already announced they will participate, and other centers in Europe and the United States are expected to join soon.