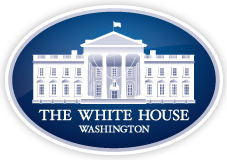 The facetious remarks came in response to news that the UN watchdog, the International Atomic Energy Agency (IAEA), had reached what many saw as a face-saving arrangement with Iran whereby the latter will provide its own experts to inspect sites like Parchin, a sprawling and particularly sensitive nuclear facility near Tehran.

Parchin is effectively run by Iran’s hard-line Islamic Revolutionary Guards, and is one of the sites that the IAEA, among others, previously suspected of being involved in the early production of nuclear weapons.

The Iranian regime had in recent weeks repeatedly made clear that the terms of the Obama-brokered nuclear deal notwithstanding, it would be setting the rules for any nuclear inspections on Iranian soil.

The White House tried to downplay the reports, telling France’s AFP news agency that it had “every confidence” in the IAEA and its approach to Iran.