Israeli NGO Shurat HaDin, to sue PA for terrorism at The Hague

Israeli organization urges terror victims to tell their stories on Facebook for the ICC lawsuit in ‘Terrorizing Terror’ campaign.

An Israeli civil rights NGO is preparing to sue the Palestinian Authority in the International Criminal Court (ICC) for its alleged responsibility for thousands of terrorist attacks on Israel. 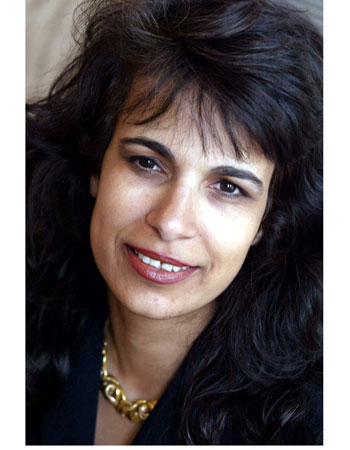 The publicity material shows the tagline on top of photographs of Palestinian President Mahmoud Abbas and Hamas Prime Minister Ismayil Haniyeh behind bars.

After the United Nations upgraded its status to non-member observer state in late November, the Palestinian Authority hinted its intentions to sue Israelis for alleged war crimes at the ICC in The Hague.

Though recent attempts to revive the peace process appear to have halted these efforts, Shurat HaDin started preparing thousands of cases against the Palestinian Authority and its leaders.

“We call on all Israeli citizens who were harmed in terror attacks to testify through our Facebook page and tell their traumatic experiences,” the organization’s chairwoman Attorney Nitsana Darshan-Leitner explained.

Shurat HaDin, founded in 2002, is an Israeli civil rights non-governmental organization aimed at using litigations against groups it alleges are terror organizations.

So far the NGO won cases to the sum of over a billion US dollars, of which over $120 million were collected.

On 2012 the organization aided in the thwarting of a Gaza bound flotilla and is currently involved in the campaign against the BDS movement.

“Our aim is to prevent this move (suing soldiers) by the Palestinian Authority,” said Darshan-Leitner.

“We’ve realized that when the Palestinian Authority is accepted into the ICC, it becomes exposed to lawsuits as well. “We’ve received dozens of terror victims’ testimonies, from relatively ‘light’ stories to truly shocking ones,” she said.

“I’m certain anyone who hears about the campaign will know at least one victim and encourage them to turn to us.

“They are starting a war against our soldiers, and we’ll do everything we can to defend them,” Darshan-Leitner said.