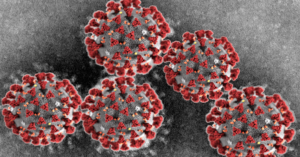 The Israeli Drugmaker, Teva Pharmaceutical rushes to send its Malaria drug to Covid-19 patients in U.S. hospitals following encouraging results from China and France. Teva said 6 million tablets will be delivered to U.S. hospitals by March 31, and more than 10 million in a month.

Teva Pharmaceutical Industries Ltd. said it plans to donate more than 10 million tablets of hydroxychloroquine sulfate, a malaria drug touted by President Donald Trump as a potential treatment for the coronavirus, to help U.S. hospitals meet a potential surge in demand.

The Israeli company is one of the world’s largest makers of hydroxychloroquine, a less-toxic version of chloroquine, which is used in malaria, rheumatoid arthritis and lupus. Though the treatment hasn’t yet been approved for use in patients with Covid-19, the disease caused by the new coronavirus, Trump said Thursday he has urged health authorities to expand its use.

Teva will donate 6 million tablets to U.S. hospitals through wholesalers by March 31, and more than 10 million within a month, the company said Thursday. All subsequent product manufactured and shipped to wholesalers will also be donated.

Officials from the U.S. Health and Human Services Department and Food and Drug Administration approached the generic-drug giant this week asking if it could increase shipments of hydroxychloroquine, Teva spokeswoman Kelley Dougherty said in an interview. The health officials and U.S.-based Teva executives held multiple phone calls throughout the week.

“We are committed to helping to supply as many tablets as possible as demand for this treatment accelerates at no cost,” said Brendan O’Grady, the executive vice president of Teva’s North America commercial unit. “Immediately upon learning of the potential benefit of hyroxychloroquine, Teva began to assess supply and to urgently acquire additional ingredients to make more product while arranging for all of what we had to be distributed immediately.”

“We’re directly responding to a need that was brought to us by the U.S. government,” Dougherty added. “This is a unique situation. We acknowledge that this is not currently for on-label use. But we are responding to the government and the promise that is being seen in the use of this product for Covid-19.”

Representatives for HHS and FDA didn’t respond to requests for comment.

Mylan NV said separately Thursday it would immediately restart manufacturing hydroxychloroquine pills at its West Virgina facility to meet expected high demand if the medication is shown to be effective against the disease. Germany’s Bayer AG said that it had donated 3 million tablets of Resochin, a chloroquine treatment, to the U.S.

More than a dozen generic drugmakers, including Teva, Mylan and Novartis AG’s Sandoz unit, manufacture hydroxychloroquine, which comes with few major known side effects, is relatively inexpensive and is widely used around the world. It’s also been been touted by Tesla Inc. Chief Executive Officer Elon Musk as a potential treatment, and China has been testing it as well.

Still, it’s not clear whether the malaria drug will work against illness caused by novel coronavirus. A March 10 review of existing research found there’s little solid proof one way or the other. FDA Commissioner Stephen Hahn said Thursday the drug would be tested through a “large, pragmatic clinical trial.”

Amid increasing demand for the experimental Covid-19 treatment for off-label use, the American Society of Health-System Pharmacists found that hydroxychloroquine sulfate tablets were in short supply in March, according to a Thursday report. The FDA, however, hasn’t identified the drug as in shortage.