Foreign Minister Yair Lapid supports the sale of the plane and has previously announced that one of the first decisions he will make if he forms a government will be to give up the plane that is supposed to serve him and the President.

MK Yair Golan of the Meretz faction called on Bennett to give up the plane despite all the money that has been invested in it to date. 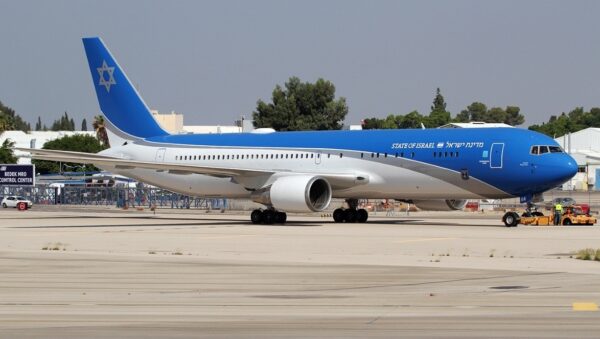 “This unnecessary plane is a symbol of the megalomania, the wastefulness and alienation between the previous Prime Minister and the citizens of Israel. Israel is currently on the path of integrity, modesty and fairness. There is no room for this unnecessary plane,” said Golan.

To date, about a billion shekels have been invested in preparing the plane. Advanced protection systems and communication systems that will allow it to continue managing state affairs from the sky have been installed in the plane.

President-elect Isaac Herzog will have an impact on the decision whether to give up the plane, after outgoing President Reuven Rivlin announced in advance that he would not fly with the official plane and would continue his custom of traveling on regular commercial flights.

In October 2019, Lapid announced, “When we are in government, we will sell it and transfer the money to where it really is needed. I told Netanyahu, ‘You do not need this plane. Not when the state is unable to finance emergency rooms.’ It did not help. Bibi just does not care.”

According to Channel 12 News, the cost of the 20 year old Boeing 767 is estimated to be around NIS 600 million ($170 million), with the used aircraft having undergone special renovations, upgrading and adjustment to serve the needs of Israel’s upcoming Presidents and the Prime Ministers on their scheduled diplomatic trips abroad.

Among some of the security upgrades are advanced avionics that include systems against cyber attacks, communication disruptions and counter-measures that neutralize missile strikes.

Behind the cockpit in the bow, is the Prime Minister’s/President’s onboard office. Adjacent to it is a bedroom with toilet & shower and a well-equipped galley (kitchenette). These new amenities, previously not offered to Israel’s leaders, are to allow for more comfortable travel during their long-haul trips, especially those that exceed 12 and 14 hour flights.

Below is a conference room for meetings and/or consultations. Nearby is the IDF’s ‘war room’ – equipped an operational field command center with encrypted satellite communications systems etc.

The plane also has ample seating for the diplomatic entourage, entrepreneurs and journalists who, among other things, will be provided internet services and computer spaces to work on during the flight as well.

With the world changing as it is, Iran being emboldened and accessed to huge amounts of monies, the proliferation of anti-Semitism in the West, Hezbollah & Hamas attacks on Israel as well as those seeking to undermine Trump’s vision of the Abraham Accords, it’s no longer smart for Israel’s leaders to fly on commercial aircraft and be divorced from up-to-date intelligence regarding Israel’s security.

Even with Netanyahu’s tenure as Prime Minister having ended, with Israel having become an energy exporter, its advancements & leadership on the world stage as well it’s new diplomatic breakthroughs, Israel’s leaders need the extra mobility, data access and security afforded by this aircraft.

In my humble opinion, those who see “this plane is a symbol of the megalomania” (MK Yair Golan ) or simply an extravagance (FM Yair Lapid), are small-minded, short-sided, and irresponsible with the Israeli leaders’ safely and ability to maintain continuity of gov’t business in time of peace and especially, in times of chaos or crisis.

Israel IS NOT Ireland, Holland or South Africa.
– Israel’s existence is always being threatened as it stands as a leader in dozens of fields and endeavors. If this isn’t understood by the key Israeli politicians, with all its significances and implications, they should never be allowed to lead. They’re simply too ‘limited’, when others see clearer and further.