Israeli Student Delegation Off to Africa to Eliminate Tropical Diseases

Many diseases the western world considers extinct are still very much a problem in 3rd world countries. A delegation of 9 students from Ben Gurion University was sent to Makele, Ethiopia, to take part in an extensive educational medical program which aims to eliminate neglected tropical diseases.

The program is led by Professor Zvi Bentwich and is being implemented by the Faculty of Health Science’s Center for Emerging Diseases, Tropical Diseases and AIDS (CEMTA) with the assistance of other bodies, including UN organizations, local government agencies and the Israeli Foreign Ministry. 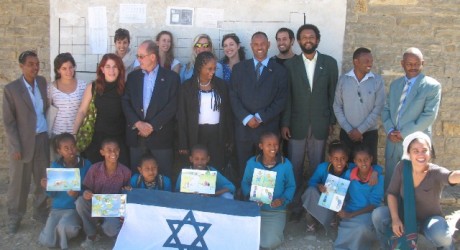 According to Prof. Bentwich, neglected tropical diseases – diseases caused by intestinal worms – harm more than a quarter of the world’s population, especially the poorest populations and are responsible for high morbidity, cause damage to mental abilities, learning disabilities, growth retardation and other health disorders, and in addition to all these, can also cause excessive damage to the major epidemics of our time – AIDS, tuberculosis and malaria.

“The continued neglect in treating this issue can be attributed largely to the fact that these diseases are not found in developed and rich countries, there they do not exist,” he says.

The spirit of the project: two students 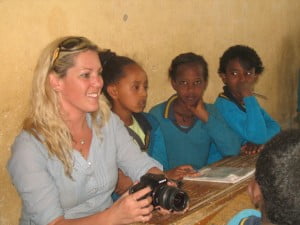 The delegation was the initiative of two students – Nitzan Kimmelman and Matan Friedman, who approached the University’s Africa Center and the late Prof. Tamar Golan, who put them in touch with Prof. Bentwich.  The two worked hard to promote the initiative, putting together and preparing a group of volunteers, fundraising and preparing the site in Ethiopia.

In the year preceding the departure of the delegation, its members had extensive training including lectures on Ethiopia – its culture and unique history, lectures on the morbidity rate in the country with a focus on AIDS and neglected tropical diseases, as well as practical preparation for the “health education” work expected of them in the field.

The program in Ethiopia includes medical intervention and administering medications, combined with health and hygiene education, conducting surveys before and after the intervention and addressing the problems of sanitation and water purification.

In addition to their involvement in the medical aspect of the program, the students also take part in helping the community. Those who have recently visited schools in the city can see the student teams working feverishly – teaching, organizing activities, painting, singing and even practicing with the students the rules for washing hands, while mainly focusing on the training of selected staff in each of the schools.

Initially, the program began as a pilot carried out in three areas, including Makele, and since has gradually expanded and reached approximately 300,000 people. It is hoped to expand operations into the Tigray Province, where Makele is situated, and later become a sustainable national program for the remainder of the country’s population.