Justice Minister Ayelet Shaked to present bill to the Knesset seeking to thwart use of cellphones by incarcerated terrorists.

The Ministerial Committee for Legislation approved on Sunday a proposal to prevent the use of cellular devices by prisoners and security detainees involved in acts of terror, presented by Justice Minister Ayelet Shaked. 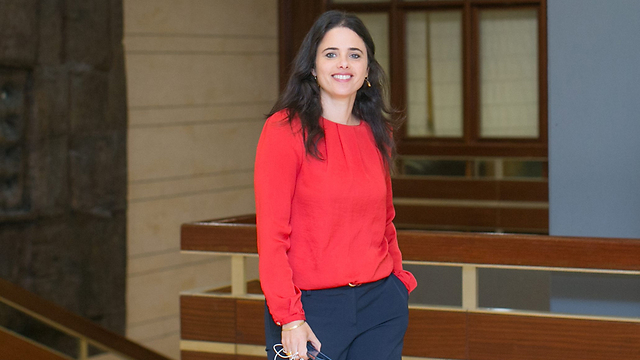 Coincidentally, the bill was presented after – earlier in the day – Palestinian terrorist Abdullah Barghouti conducted an interview with a Palestinian radio station from prison using his mobile phone.

Currently the legal authority to deny detainees use of cellular devices remains vague, with the security services forced to petition the High Court of Justice to prevent prisoners making using cell phones.

As such, the Israel Prison Service (colloquially known as Shabas) goes to great lengths to prevent its inmates from coming into contact with mobile devices, including using signal jammers in certain wings to block incoming and outgoing calls.

The legislation, initiated by the Shin Bet and prepared by the justice and defense ministries, argued that terror groups have made use of their jailed operatives to promote and direct attacks against Israelis, mostly kidnapping plots.

“The use of cellular phones (smuggled into prison) presents one of the key methods of promoting such terror activities, and allows for the connection between the experience and knowledge of the inmates and the operatives on the ground which are trying to promote ‘military’ acts,” the legislation explains.

Moran Azulay contributed to this report.