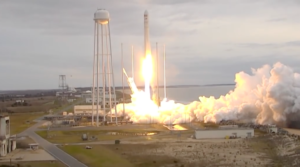 Israel’s 5.1lb mini-lab developed by SpacePharm will be conducting its first experiments on living cells in microgravity environment, simulating body temperature, and will be controlled remotely from Earth.

The space lab, built by Israeli company SpacePharma with the support of the Science Ministry’s Israel Space Agency,  is unique in that it requires no physical human contact, as it is controlled remotely by researchers on Earth.

The experiments are the first of their kind as they are to be conducted on living biological cells – something that has never been attempted in the microgravity environment of space.

The first experiment was scheduled to begin Wednesday.

SpacePharma’s Nexus lab was launched on Sunday along with 3 tons of supplies for space station astronauts. The minuscule dimensions of the lab – measuring only 10 by 10 by 20 centimeters (3.9 by 3.9 by 7.8 inches), with a mass of only 2.3 kilograms (weighing 5.1 pounds on Earth) – significantly reduced the launch costs.

The lab includes a microscope camera that transmits data from samples at the request of scientists on Earth. The lab is unique in that it is designed to maintain a constant temperature of 98.6 degrees Fahrenheit, simulating the temperature of the human body.

The lab can be controlled remotely from anywhere on Earth using a computer or even a smartphone application.