Erdan’s notice on Facebook explained his reasons for joining Netanyahu’s coalition and objectives he plans on tackling.

Prime Minister Benjamin Netanyahu completed the process of forming his fourth government Monday when his no. 2 in Likud, MK Gilad Erdan, was appointed as minister of public security, strategic affairs and public diplomacy, 11 days after the rest of the cabinet. 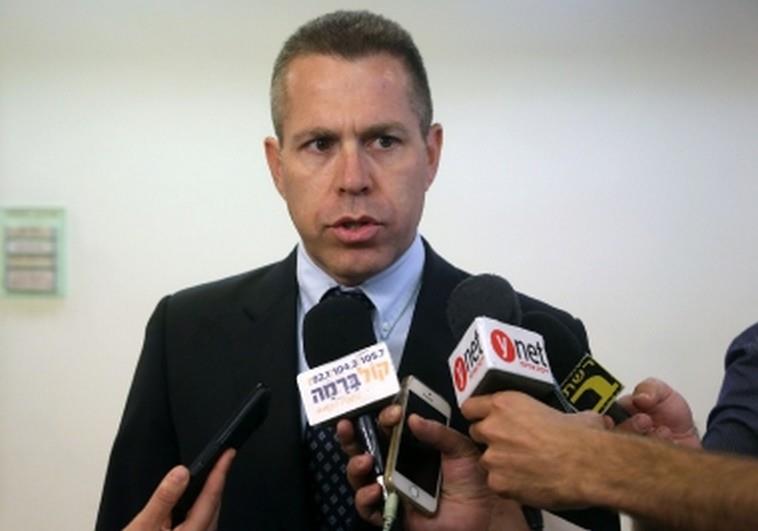 The appointment unanimously passed a telephone vote in the cabinet and a 58-55 vote in the Knesset.

It remained unclear late Monday whether the Likud’s coalition partners would permit the Likud to keep 13 ministers or whether Minister-without-Portfolio Bennie Begin would be compelled to resign. Begin came back to the Likud list with great fanfare after Netanyahu gave him a slot on the list reserved for a candidate chosen by the party leader.

The one demand from Erdan Netanyahu did not accept was control over the Israel Broadcasting Authority. In a post on his official Facebook page, Erdan expressed satisfaction with his new authority over the Iranian nuclear threat and the fight against the Boycott, Divestment, and Sanctions movement (BDS)

“I don’t think the main issues are politics and disputes,” Erdan wrote. “The questions that must be asked are about our personal security, the values of the police, and the attempts to boycott and delegitimize Israel around the world. Because I have been promised the proper tools, I will have the ability to take action and bring about real change.”

Erdan noted that he was willing to make sacrifices in the past to ensure his portfolios would have real content. He wrote that he gave up the Homeland Security Ministry when he was not given authority and budget.

“As a member of the cabinet, I am well aware of the danger that faces us due to the anti-Israel activities of the BDS movement,” Erdan wrote. “I came to agreement with the prime minister on allocating the necessary resources and budgets. As part of my job, I will take on anti-Israel activities in the international arena such as attempts to attack us in the International Criminal Court, attempts by the Palestinians to have us expelled from FIFA, and more. I plan on taking up this cause with a great deal of might and to summon all of the available tools as my disposal in order to right this injustice. These are urgent issues, and it is difficult to overstate their importance. I accept this responsibility with great respect and reverence.”

Opposition leader Isaac Herzog called the long list of ministries that were traded among the Likud politicians “a show of musical chairs,” which he said left Begin out. He called upon Finance Minister Moshe Kahlon to quit.

“You don’t have to take part in this circus,” Herzog said to Kahlon at the Zionist Union’s faction meeting. “Take responsibility and stop the farce that harms everyone in Israel.”

Meanwhile, Shas leader Arye Deri warned Kahlon that if basic items continue to be taxed, it would cause a coalition crisis with his party.

“I would see it as a grave violation of the coalition agreement, which would lead to a threat to the government,” Deri said.