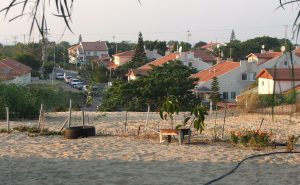 After years of Mahmoud Abbas inciting hatred and violence against Israel in direct violations of the ‘Oslo Accords’, Jerusalem appears to be finally giving up on the so-called peace deal, with Netanyahu authorizing the first new settlement in decades.

Even as government forces were evacuating the unauthorized Jewish outpost of Amona, Prime Minister Benjamin Netanyahu on Wednesday announced plans for the first new Jewish settlement in the “West Bank” in over 25 years.

Netanyahu said he was putting together a government committee to advance construction of the new community, the name and location of which is yet to be decided.

It will be the first government-authorized Jewish settlement since the establishment of Revava near the Samarian town of Ariel in 1991.

Since then, Israel has complied with its peace process commitment to not construct any new settlements.

But with the land-for-peace process all but dead, and a new US president who most Israelis believe will not tolerate continued Palestinian violations, the Jewish state might finally be ditching the so-called “Oslo Accords.”

Announcement of the new settlement accompanied plans to build thousands of new apartments in existing settlements and on the eastern side of Jerusalem.