Israel’s PM: I will ignore int’l condemnation of building homes in Jerusalem

PM Netanyahu says Israel will continue to build in east Jerusalem despite condemnation from UN and the international community.

Prime Minister Binyamin Netanyahu on Friday said he would ignore the international community’s condemnation of prospective building plans for Jerusalem across the Green Line, in an interview aired in part on Channel 2.

The interview is scheduled to air in full on Saturday. 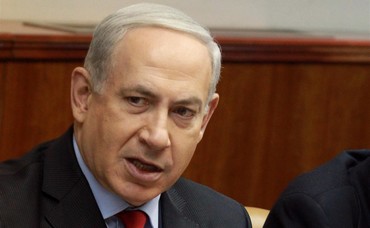 “The Western Wall is not occupied territory, and I don’t care what the United Nations says,” Netanyahu declared in reference to the plans.

“We are living in the Jewish State,” Netanyahu said, and “The capital of the Jewish state, for 3,000 years, has been Jerusalem. I want to say it clearly.”

“On election day, Israeli citizens will send a message,” the prime minister continued, “not only domestically but also to the international community.”

“Do you know who will be paying attention to the election results?,” Netanyahu added, “[Iranian President Mahmoud] Ahmadinejad, [Hezbollah leader Hassan] Nasrallah, [and Hamas chief Khaled] Mashaal, they’ll wait for polls to close and for results to be publicized. And they’ll want to know if the prime minister was strengthened or weakened.”

Netanyahu’s statements came in the wake of widespread censure over preliminary plans to construct thousands of new apartment units in the E1 area of Jerusalem located across the Green Line.

In this regard, EU foreign policy chief Catherine Ashton on Thursday issued veiled threats over the prospective plans, which came on the heels of France’s questioning Israel’s commitment to peace and Quartet envoy Tony Blair’s issuance of a sharp denunciation.

Only the US, which blocked a UN Security Council resolution condemning the construction plans on Wednesday, did not chime in, likely because there was no State Department daily press briefing on Wednesday or Thursday.

At the last State Department briefing on Tuesday, however, spokeswoman Victoria Nuland ratcheted up the criticism of Israel’s settlement polices, saying the Jewish state was engaged in a “pattern of provocative actions.”

Paris on Thursday adopted that language as its own, with the French Foreign Ministry issuing a statement saying “the unprecedented resurgence in settlement projects is a provocation that further undermines the trust needed to resume negotiations and leads us to question Israel’s commitment to the two-state solution.”

The French statement “strongly condemned” Wednesday’s approval of 2,610 housing units in the Jerusalem neighborhood of Givat Hamatos, calling the decision “illegal” and saying “it is all the more serious because it amounts to the creation of a new settlement which, once completed, will isolate the Palestinian neighborhood of Beit Safafa from the rest of east Jerusalem. It therefore threatens the viability of the two-state solution whereby Jerusalem is destined to become the capital of both Israel and Palestine.”

Ashton joined the fray, expressing dismay over the Givat Hamatos decision, and saying it would “cut the geographic continuity between Jerusalem and Bethlehem.”

The same type of language was used earlier this month when the Europeans blasted the announcement of planning for development in E1 between Ma’aleh Adumim and Jerusalem, saying that project would cut the geographic continuity between Bethlehem and Ramallah.

Ashton, hinting broadly at some other sort of possible EU reaction, said that in light of Europe’s “core objective of achieving the two-state solution, the EU will closely monitor the situation and its broader implications, and act accordingly.”

Blair issued a statement saying he agreed fully with the statements expressed by the US State Department and the four EU countries in the UN Security Council: “The problem is not only the building of such settlements itself but also that this is a moment when it is vital to restart a proper negotiation, and all such announcements do is to put new obstacles in the way of progress and undermine the prospects for a negotiated peace.”

An official in the Prime Minister Office responded to the condemnations by repeating Jerusalem’s position that all Israel has done over the past three weeks is approve 3,000 housing units in Jerusalem and the large settlement blocs.

“Everything else is just planning and zoning, and all that in areas that will stay part of Israel in any final-status agreement,” the official said.