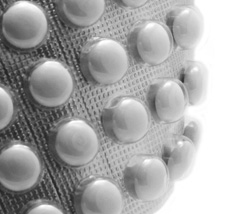 The $40-billion acquisition, the largest in Israel’s history, gives Teva Pharmaceutical a large market lead and catapults it into the top 10 pharmaceutical firms globally.

Teva Pharmaceutical on Tuesday completed its $40 billion acquisition of the generics arm of rival Allergan, a move the Israeli firm hailed as confirmation of its intention to become one of the world’s largest drugmakers.

The $40-billion deal, the largest in Israeli history, was agreed last year but finally confirmed Tuesday.

The Israeli multinational was already the world’s largest manufacturer of generic drugs — non-branded, cheaper alternatives to branded drugs that have lost their patent.

Allergan Generics was the third largest in the same market by sales, and the acquisition gives Teva a large market lead and catapults it into the top 10 pharmaceutical firms globally, according to the company’s figures.

Teva CEO Erez Vigodman said it was part of a wider plan to become one of “most competitive, fully integrated companies in the industry”.

“We service as a company 250 million people daily in the world,” he told AFP in an interview ahead of the confirmation of the deal.

After the deal, he said, “one in six prescriptions in the U.S. (will be) Teva, one in six in the UK, one in eight in Germany”.

He added that the deal would bring about net efficiency savings of $1.4 billion over the next three years.

Teva wants to branch out into other fields apart from generics, Vigodman said, with key acquisitions having already taken place in Mexico, Japan and elsewhere.

“(The plan) is not just to be a generics company and (become) a larger generic company,” he said, stressing they were looking to branch into specialty areas including migraine and respiratory problems.

“The focus in the industry over time will shift from a focus on products only to broader unmet needs of patients, focusing on prediction, on prevention, basically on staying healthy.”

With drug prices a topic of debate in the United States ahead of the November election, Vigodman denied the deal would give Teva more power to push up prices.

Vigodman stressed that the deal is “not to increase drug prices. That is where I want to be very clear.”

“We believe there are inefficiencies, overcapacity, and duplications in the global generic industry,” he added, saying the acquisition will lead savings that could bring cheaper prices.

The prices of “generic drugs during the last 7 years went down by 50 percent on average,” he said.

The deal represents a reversal of fortune for a company many feared was poorly positioned for the changing pharmaceutical industry.

In 2013, its CEO stepped down after a dispute with the board, and rumors that Teva could face a takeover bid grew.

Ronny Gal, Senior Analyst at the Bernstein investment firm, said the company had faced “big problems”, including the loss of the patent on its key multiple sclerosis drug Copaxone and a decline in opportunities in the generic market.

“They did not have a real strategy for about three or four years,” he said.

The acquisition of Allergan, which focuses on making generic versions of more complicated drugs, enables Teva to refocus its business strategy, he said.

Allergan has carved out a niche as the developer of specialized generic drugs.

“It is a strategy but it is a tough one to replicate and by acquiring it (Teva) was able to generate for themselves a new business,” Gal said.