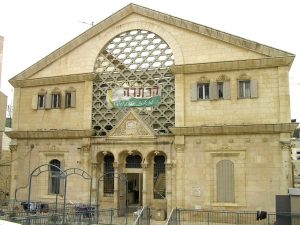 Palestinians who sell land or property to Jews in Judea and Samaria are at risk of being targeted as collaborating with the Israeli settlement enterprise and are the subject of social pressure and violence, and are sometimes murdered. Settlers say that a number of properties that were legally purchased from Palestinians are now embroiled in legal disputes after the sellers were pressured to renege on the deals.

Evidence of Nawi’s alleged collaboration with the Palestinian security services to target Palestinians who sell property to Jews was gathered during an investigation by Ad Kan, a local advocacy group that defines its mission as “working to disprove the lies and misconceptions that are spread ‎about Israel” in the local and global arenas.

However, the right-wing Honenu legal aid organization had to petition the High Court of Justice to pressure the State Attorney’s Office into taking action on the case.

In response to the High Court petition, the State Attorney’s Office decided that the evidence provided sufficient grounds for an indictment.

The state also decided that a number of activists from Ad Kan, who were accused of illegal activity in their investigation of Nawi, will not be tried and the cases against them will be closed.

Ad Kan issued a statement saying, “Two and a half years after Ad Kan proved that radical activists from organizations like Taayush, B’Tselem, and Rabbis for Human Rights that call themselves human rights groups sent Palestinians to their deaths in several cases, for the sole reason that they considered selling land to Jews, and after a protracted legal battle. … The state attorney has announced that it will be indicting Ezra Nawi. We hope that justice will be served without delay.”

Constructed in 1893, this former Jewish clinic in central Hebron was ‘reacquired’ and now forms part of an Israeli neighbourhood. – Photo: eman/Wikimedia Commons

Ad Kan also opposed the state’s decision to exclude counts of contact with a foreign agent and aiding and abetting manslaughter from the indictment against Nawi.

Attorney Adi Keidar from Honenu said it was a shame that his group had been forced to petition the High Court of Justice to get Nawi indicted.