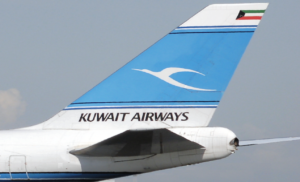 Mandy Blumenthal filed a racial discrimination and harassment lawsuit with the assistance of U.K. Lawyers for Israel against Kuwait Airways after they refused to sell her a plane ticket to Bangkok once she presented an airline representative with her Israeli passport, Britain’s Jewish News reported.

An encounter at a Kuwait Airways ticket counter in Heathrow Airport in London in which the counter clerk refused to sell a ticket to an Israeli woman, Mandy Blumenthal, because of her nationality, November 2017. – Screenshot: YouTube

The incident was caught on video.

Blumenthal said, “It is horrible to be singled out, to be told you are not allowed to do something because of who you are. … In my mind, it is an anti-Semitic policy to single out the only Jewish state to boycott.”

David Berens, one of Blumenthal’s attorneys, said, “The law is clear: Direct discrimination on grounds of nationality in the provision of a service to the public is illegal. Ms. Blumenthal has done a service in showing up Kuwait Airways’ illegal policy. Kuwait Airways is now legally obliged to end this policy or end its services from the U.K. altogether.”

In November, a German court ruled Kuwait Airways had the right to refuse to carry an Israeli passenger due to his nationality after an Israeli student living in Germany sued the airline for canceling his booking for a flight from Frankfurt to Bangkok that included a stopover in Kuwait City.