Israel’s finance minister Yair Lapid says, “The state of Israel has a historical debt to Holocaust survivors & our mission is to ease their burden in the final years of their lives.” 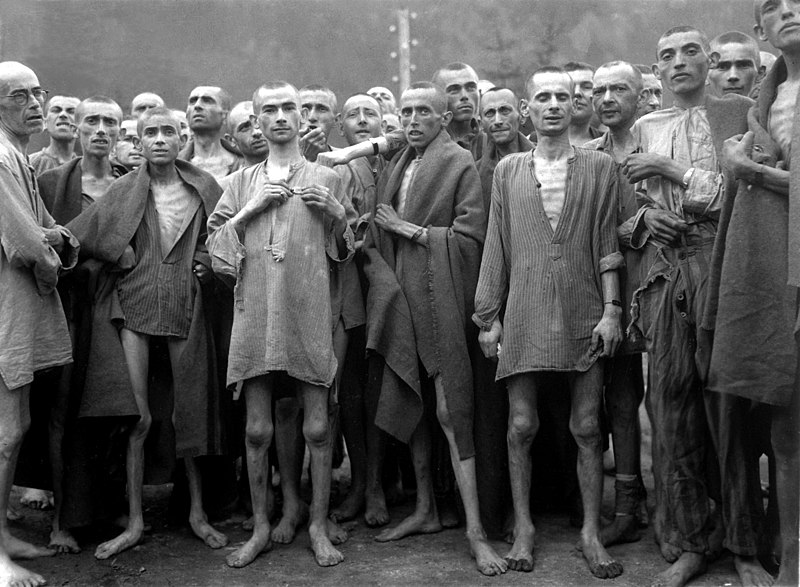 Starved prisoners, nearly dead from hunger, pose in concentration camp in Ebensee, Austria. Ebensee was a sub-camp of the main camp ‘Mauthausen’ near the town of the same name. The camp was reputedly used for “scientific” experiments. It was liberated by the 80th Division of the U.S. Army. – Photo courtesy: Wikimedia Commons

Lapid, along with Welfare Minister Meir Cohen will request expedited approval for the plan at the next government meeting on Sunday, April 27, so that it can be “urgently” brought to a vote at the Knesset during the upcoming session.

“The state of Israel has a historical debt to Holocaust survivors and our mission is to ease their burden in the final years of their lives,” said Lapid.

The intended budget will be added to the NIS 835 million already allotted by the ministry for the next five years to assist some 200,000 Holocaust survivors.

The national plan outlines ten points aimed at “reducing the bureaucracy to facilitate and improve the condition of survivors.”

The plans calls for the allocation of NIS 277 million intended to end 61 years of disparity and equate the allowances of some 18,500 Holocaust survivors who made aliya after 1953 to survivors who arrived in the country prior to this date.

The third point in the plan, estimated at NIS 130 million, would entitle Holocaust survivors to a 100 percent discount on pharmaceutical drugs included in the health basket, compared to the 50 percent deductible received today. 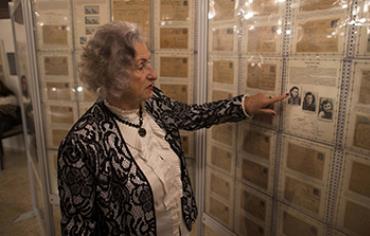 The plan also calls for the elimination of unnecessary bureaucracy, transferring allowances directly to survivors’ bank accounts. To date, Holocaust survivors who immigrated after 1953 and who are not veterans of the death camps and ghettos were entitled to a reimbursement of NIS 4,000 once every two years for dental treatments and eye glasses upon providing receipts and documentation.

The proposed amendment, estimated at NIS 288 million, would automatically allocate an annual grant of NIS 3,600 directly to the bank accounts of Holocaust survivors without the need for receipts or documentation.

In addition, the proposed plan calls for some 9,000 needy Holocaust survivors to receive an annual grant of NIS 2,000, estimated at a total of NIS 18 million.

An additional NIS 65 million, under the proposed plan, would be allocated to spouses of Holocaust survivors who have died, in the form of a NIS 2,000 allowance per month beginning from the fourth year of the death.

The national plan also calls for welfare services in existing day centers as well as doctor’s home visits and emotional and psychological care for Holocaust survivors, estimated at NIS 70 million.

Finally, the plan would call for a change in the methods for calculating income, so as not to include allowances paid for by the Holocaust Survivors Rights Authority. Currently, the nursing allowance paid by the National Insurance Institute is calculated based on an income test of the elderly person. With the approval of the plan, allowances paid to the Holocaust survivors would no longer be considered income with regards to entitlement for nursing pensions.

“This is the most important and significant amendment made by the state of Israel for Holocaust survivors, the amendment the state owed to the thousands of Holocaust survivors who established the important national and Zionist basis for the establishment of the state.  As we have committed, this is a revolution that changes the reality of the lives of thousands of survivors, we still have additional important tasks though now we can say that one of the important social changes since the inception of the state is underway,” said Cohen.