IDF returns fires at the rocket launch sites in Lebanon with artillery fire.

The IDF confirmed that two rockets were fired from Lebanon towards northern Israel and landed in open areas north of Nahariya on Saturday night. Rocket alert sirens sounded in the area of the attack in Nahariya and Shlomi.

There were no injuries or damage reported in the attack. In response, the IDF fired at the rocket launch zones in Lebanon with artillery fire.

On Friday morning, one rocket was fired from Lebanon on a village in the Upper Galilee. There were no injuries in the attack.

Artillery fire was directed at the area from which the rocket was fired, a senior army source said.

The rocket was not fired by Hezbollah but by a small radical organization in Lebanon, Maj.-Gen. (res). Amos Gilad, director of Political-Security Affairs at the Defense Ministry, told Channel 2. 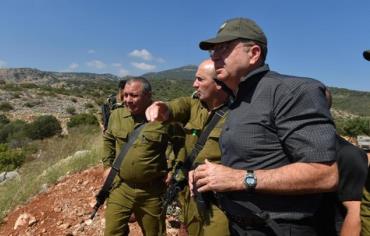 Earlier in the evening on Saturday, rockets were fired at Tel Aviv and were intercepted over the area of the city following Hamas advance warning of the attack.

Police said a man in Rehovot was lightly injured by shards of a rocket which fell from the sky once it was intercepted.