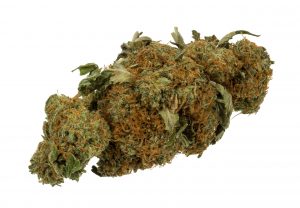 The bill, allowing for possession of up to 50 grams for personal use and up to 2 marijuana plants growing under natural light in a private place, also for personal use, would no longer be a crime.

The Ministerial Committee on Legislation decided on Sunday to advance two separate bills that would legalize cannabis, guaranteeing the coalition’s support for them in the Knesset.

The bills were submitted by Likud MK Sharren Haskel and Blue and White MK Ram Shefa. Haskel said she has fought for the bill for five years but her persistence on behalf of what she said are more than a million cannabis users paid off.

“Many sick people and other cannabis users will soon be able to breathe easier,” Shefa said. “Israel will soon join liberal countries like Holland and Canada. It is taking a big step toward full legalization.”

Former Health Minister Ya’acov Litzman decided to remove cannabis from the Dangerous Drugs Ordinance for medical use, but opposes recreational use of the drug.

“Cannabis is a dangerous drug, and if people need it, they can get it by prescription,” Litzman said.

The bills state that possessing up to 50 grams or up to 2 cannabis plants in a private place for personal use (grown under natural light) would not be a crime. Possessing more than that would still be subject to a large fine and using cannabis in public would remain illegal. Those who have been convicted of using cannabis privately could ask for their convictions to be canceled.

The private use of cannabis would be permitted to Israelis from the age of 21, with the exception of those working in security positions. In addition, it would be prohibited to drive while using cannabis, and an advocacy fund will be set up to educate people in schools about the dangers of using cannabis and to prevent addictions. All advertising restrictions relating to tobacco would also apply to cannabis products.

If the bill passes, it could pave the way for the establishment of cannabis retail outlets in Israel.

The bills are expected to pass a preliminary reading in the Knesset plenum on Wednesday and then will be combined in committee. They will then be brought back through the legislative process as a government-sponsored bill and will then have to pass three more times each in the plenum and committee to become law.

Meretz faction chair Tamar Zandberg said she hopes the process of legislating the bills is completed as soon as possible.

“There is no sensible reason in 2020 for cannabis users to be considered criminals,” she said. “When we started this struggle, we were called names and made fun of, but like in any just struggle, when you do not give up or get afraid, you can emerge victorious.”

Community Development Minister Orly Levy-Abecassis (Gesher), whose ministry is in charge of the Anti-Drug and Alcohol Authority, supports the bills on condition that they will be coordinated with her ministry and others further on in the legislative process as it becomes a government sponsored bill. Levy-Abecassis wants more steps taken to prevent young people from having access to cannabis and to ensure that funding obtained from taxing cannabis be earmarked for socioeconomic programs.