As Israel’s presence in the natural gas market grows, the country should continue to strengthen its growing ties with the state of Texas, a capital of development for the industry, according to Energy and Water Minister Uzi Landau. 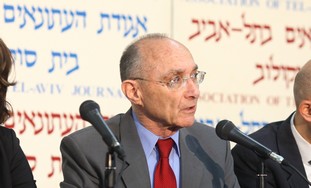 Landau is spending the week in the Houston, Texas region, where he will be visiting the development site for Noble Energy’s Tamar rig, as well as meeting with representatives of many companies potentially interested in participating in Israel’s natural gas industry. The minister will also be speaking on Thursday at the Minister will be giving attend and speak at the Offshore Technology Conference (OTC), as well as deliver a public lecture at the Baker Institute and the World Affairs Council addressing the geopolitics of gas discoveries in the Middle East.

“We are here just because we need to learn,” Landau told The Jerusalem Post in a phone interview from Houston on Tuesday night. “We are here also to make our case that Israel is a place that is attractive for exploration and production. We would like see large operators coming in.”

Due to the strong presence of natural gas industry in Texas, it is critical to continue enhancing Israel’s direct connection with the state, according to Landau. To this effect, approximately 70,000 people are supposed to attend the OTC conference this week, a Texan venue that is hosting professional natural gas producers and people associated with the industry from all over the world, the minister added.

In a Middle East filled “with all of its turmoil,” Israel is essentially the “only economically and democratically stable place that one can do business with and rely on doing business with,” Landau told the Post.

Noble Energy has been operating in the Mediterranean Sea off the coast of Israel for over a decade, and at the moment has 47 percent interest in Israel’s offshore natural gas production and sales, according to the Consulate General of Israel in Houston.  While its site at Tamar is certainly large, at about 250 billion cubic meters, the adjacent Leviathan site – 450 billion cubic meters – represents Noble Energy’s largest exploration success in the company’s history, the consulate reported. Noble Energy was also one of the first companies to independently explore the Gulf of Mexico, the consulate said.

On Wednesday afternoon Texas time, Landau was scheduled to visit the development site in Corpus Christi, where Noble Energy is constructing the rig that will be used to extract gas from the Tamar exploration site, about 80 kilometers west of Haifa’s coast.

“I wish to get a firsthand impression,” Landau said.

While it would be ideal to accelerate the production start date even more, in light of the gaps in natural gas supply that will likely occur between the end of Israel’s Yam Tethys source and the beginning of Tamar, the minister said he is not yet sure if Noble Energy will be able to expedite the process further.

“Regardless we are following closely what is taking place because we would like to see this project being finished as quickly as possible,” he said,

With Egypt’s decision to end natural gas exports to Israel, the southern neighbor will not be filling in any of these gaps at the moment. But Landau expressed hope that the Egyptian gas flow to Israel would eventually recommence.

“We will do whatever we can to see that it continues in future,” he said. “We see this agreement as an anchor, as the most important derivative we have within the peace agreement.”

“We will do whatever possible,” Landau continued. “But again, the Egyptians have their own responsibility to this agreement.”

Immediately after landing in Houston on Tuesday, the minister already met with representatives from one energy firm. During the rest of the week, he is slated to meet with leaders from ConocoPhillips, Baker Hughes, Caterpillar, FMC Corporation and Kiewit Offshore Services. Many companies have already showed interest in Israel’s natural gas future, but Landau said that he will need to provide them whatever information is necessary to persuade them into getting involved.

On Thursday, at the OTC conference, the minister said he intends to speak about Israel as an attractive place for all those who might come to participate as investors and producers.

“I will have to present Israel as a new player in the natural gas market,” he said.