US Secretary of State John Kerry is putting lives at risk by gambling on the peace process, Bayit Yehudi faction chairwoman Ayelet Shaked wrote in a letter to him Thursday.

Shaked began the letter explaining that, due to the gravity of the situation, she feels that she “simply cannot be bound by the restraints of politically correct wording” and must be straightforward.

“By forcing Israel to capitulate to terrorism by releasing murdering terrorists with so much blood on their hands that the US would never dream of releasing if it was their own citizens murdered – you are not only being extremely hypocritical, but are actually dabbling in experimentation and gambling, by putting me and my children’s lives at risk,” Shaked wrote in the letter, which was also sent to US Ambassador to Israel Dan Shapiro and Israel’s Ambassador to the US Michael Oren.

According to Shaked, US pressure to release terrorists from prison, as it did earlier this week, “is made all the more absurd, cynical and vicious by the fact that [the US] refuses to this day to release [Israeli agent] Jonathan Pollard from jail, despite the unprecedented [prison sentence] he has served thusfar.” The Bayit Yehudi MK added that Israelis will pay the price of releasing convicted murderers, not Kerry. 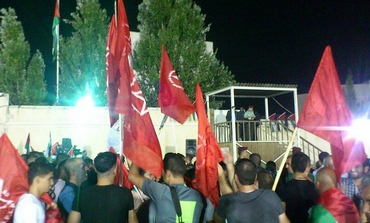 “How will you carry the burden of the terrible price toward which you are leading us?” she wrote. “You forced us into peace talks during a period of time that the entire Middle East is in chaos, without realizing that by doing so, you have foolishly put us in an impossible situation in which we cannot and will not make any concessions.” Shaked wrote that Kerry raised expectations to a dangerous level that could lead the entire region to once again spin out of control once they’re proven to be unrealistic.

In conclusion, Shaked pointed out that “the past four years in Israel have been quiet and peaceful as ever.” She suggested that Kerry “perform [his] job in a much more effective and relevant fashion by focusing [his] attention on Syria and Egypt, where people are actually being slaughtered.”