The NIS 6.7 billion per year includes millions for religious Zionist projects & Haredi schools, to cement the narrowest of coalitions. 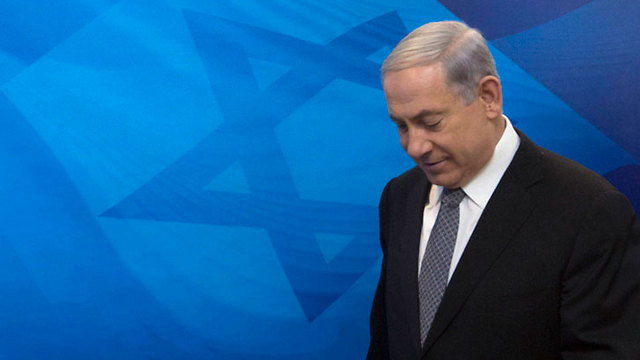 With the exception of the deal with Shas, which has yet to be published, this amounts to more than NIS 6.7 billion a year.

For the sake of comparison, the cost of the coalition agreements that led to the establishment of Ehud Olmert’s government in 2006 came to NIS 1.5 billion, spread out over a period of three years.

The coalition deals for Benjamin Netanyahu’s second government in 2009 cost a total of NIS 2.9 billion, and the formation of Netanyahu’s third government in 2013 cost almost nothing due to the fact that Yisrael Beiteinu had joined with the Likud and wasn’t able to demand anything, while the remaining coalition partners, Yesh Atid, Bayit Yehudi and Hatnua, didn’t ask for any money.

The bottom line is that Israel appears to have a government that will function along the lines of divide and rule.

The ultra-Orthodox parties have received increased funding and powers for the ultra-Orthodox educational system; Bayit Yehudi is getting money for religious Zionist educational institutions and other entities identified with the religious-Zionism stream; and Moshe Kahlon’s Kulanu party has secured all it wanted to in the field of housing.

The agreement with United Torah Judaism includes numerous clauses that effectively turn back the clock to the past glory its 2012 deal, before the reforms carried out under former finance minister Yair Lapid.

For example, the funds will once again flow into the haredi education system, such as UTJ’s own schools, and once again as income support for yeshiva students.

Furthermore, UTJ and Likud agreed upon a series of additional measures that seem more than anything like demands by the party that no one really believed would ever be accepted. But they were.

For example, article 56 of the coalition agreement states that in cases where significant deficiencies are discovered in state-funded educational institutions (which the UTJ schools will be), the accountant general at the Finance Ministry can no longer immediately block the ongoing delivery of funds to these institutions.

Under the agreement, the government wil examine a change in regulations so that government ministries will hold a hearing if it bodies under its control are found to have permanent irregularities. The money will continue to flow, however, and the director general of the ministry can choose to ignore the irregularities.

Kahlon meanwhile will use the housing cabinet, established during Lapid’s term, to advance his plans. Unlike his predecessor, Kahlon also controls the Israel Lands Authority, the Ministry of Construction, the Ministry of Environmental Protection and various planning committees (through the appointment of senior officials). Kahlon had made control of these bodies a condition for joining the government, in order to increase his chances of making reforms without being dependent on any other party.

But there are still organizations that impact on housing that are not under Kahlon’s control. The main two are the Bank of Israel, is responsible for the mortgage sector, and the Ministry of Transport, which is responsible for funding transportation projects that sometimes stymie large housing construction projects. The Bank of Israel will have some different interests to Kahlon in his upcoming term, in particular the reforms in the banking sector and supervision of the sector as a whole. Perhaps the Bank of Israel will be willing to sacrifice its interests in one area to promote its interests in a second.

And because we are talking about a narrow government of only 61 Knesset members, the overlap in the aforementioned areas is likely to lead soon to an undermining of the government’s stability if the members of the various parties fail to cooperate.