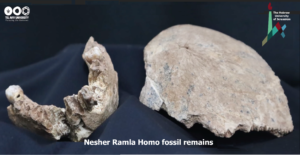 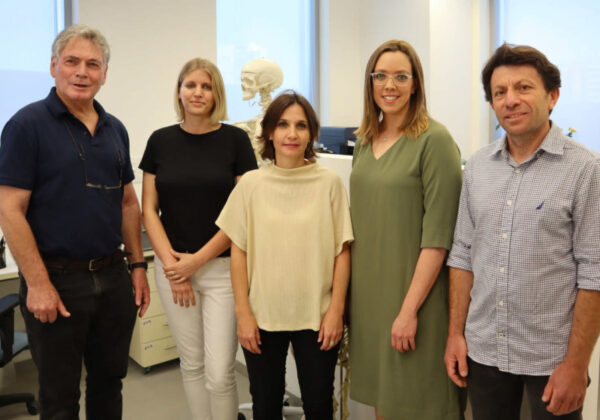 Tens of thousands of years ago, the busy central region of what is now a densely populated and traffic-jammed part of Israel, was a landscape that very much resembled the African savanna. It featured rhinos, wild horses and cattle and other large animals that were perfect game for ancient hunter-gatherers.

The site of Nesher Ramla, a few kilometers from the modern-day city, was probably close to a water reservoir where early humans could hunt animals. Today, the dig site is filled with many animal bones, stone tools for making fire and butchering, and human bones, including skulls, TAU anthropologist Prof. Israel Hershkovitz said.

“We know that modern humans – or Homo sapiens – arrived in this area some 200,000 years ago,” he said. “When we started excavating and examining the different archaeological layers, we found that they dated back between 140,000 and 120,000 years ago, so we expected to find remains of Homo sapiens. We did not realize that another form of human was living alongside them.”

“This is an extraordinary discovery,” said Zaidner. “We never imagined that alongside Homo sapiens, archaic Homo roamed the area so late in human history.” 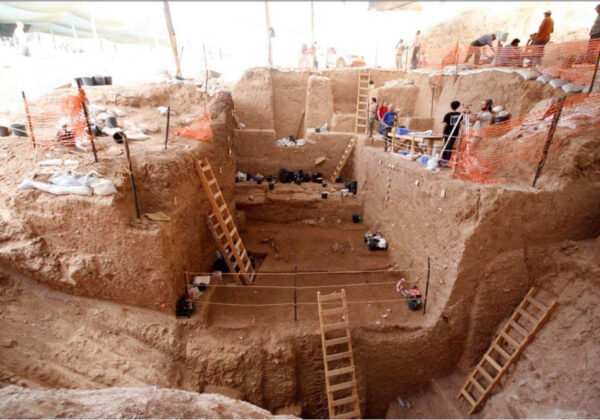 The researchers believe that the newly discovered human type, which they named after the site, lived in the region hundreds of thousands of years ago and at least until 130,000 years ago.

Hershkovitz said it took a long time to determine that the bones they found indeed belonged to a hitherto unknown species.

“There was no ‘eureka’ moment,” he noted.

But the findings may radically change what researchers have so far believed about how ancient populations evolved and interacted, including how sapiens and Neanderthal, other ancient human types, related to each other.

“We have shown that contrary to what was previously believed, the Neanderthals are not a European story, but very much a story of the Levant,” he said. 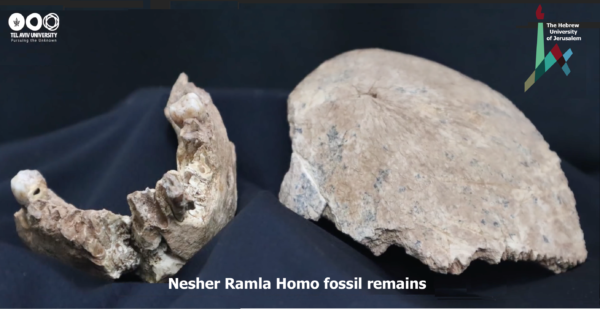 Researchers believe the Nesher Ramla was an ancestor of the Neanderthals and other archaic Asian populations.

“Previously, it was thought that Neanderthals arrived in [what is now] Israel around 70,000 to 50,000 years ago from Europe,” Hershkovitz remarked. “However, now we are talking about a population living here some 130,000 years ago.”

Some features of the remains, like the teeth and the jaws, were more similar to Neanderthal species, while the skulls resembled the Homo type. But something did not make sense.

When the researchers understood that the bones they had retrieved did not belong to either a Neanderthal or a Homo sapiens, they started to examine the possibility that they belonged to the last survivors of a more archaic population that they thought had become extinct hundreds of thousands of years earlier.

“We started to look for other members of this population, and we discovered that some fossils previously unearthed at other prehistoric sites in Israel, including the Qesem cave, belonged to the same group,” Hershkovitz said.

“We therefore realized that we were dealing with a huge population that lived in the region, and probably also migrated in different directions, including in Asia and in Europe and later became the humans we know as Neanderthal.” 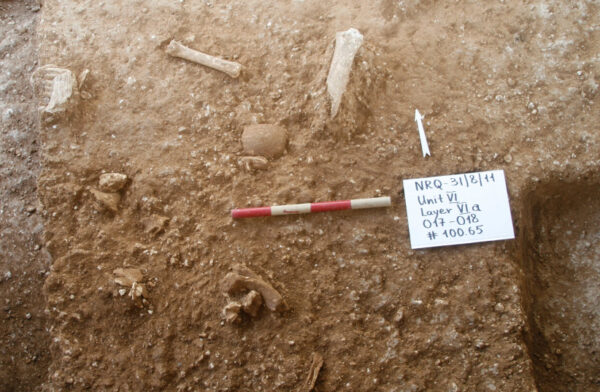 Skull found at the site among other items at Nesher Ramla. – Photo courtesy: DR. YOSSI ZAIDNER of the Institute of Archeology, the Hebrew University of Jerusalem.

According to Hershkovitz, Nesher Ramla Homo and Homo sapiens not only coexisted peacefully and exchanged technology, but also produced offspring.

“They engaged culturally and biologically,” he said. “In Europe, the story was very different because when modern humans arrived there around 45,000 years ago, they completely eliminated the local Neanderthals. This did not happen here.”

“We think that some later fossils we found in several caves dating back to 100,000 years ago probably belonged to offspring of sapiens and Nesher Ramla,” he added.

For example, in the Qafzeh cave in the Lower Galilee, archaeologists found the remains of several humans presenting the features of both species, some closer to the sapiens, some to the Nesher Ramla.

The scientists were not able to extract any DNA from the fossils.

“Warm weather destroys DNA,” Hershkovitz said. “In Israel, we have not been able to find any preserved DNA from earlier than 15,000 years ago.”

For this reason, the researchers’ conclusions are based on the morphology of the bones found.

“People think in paradigms,” said TAU Dr. Rachel Sarig. “That’s why efforts have been made to ascribe these fossils to known human groups like Homo sapiens, Homo erectus, Homo heidelbergensis or the Neanderthals. But now we say: No. This is a group in itself, with distinct features and characteristics.”

In the past, geneticists had already suggested that an unknown population represented the missing link between sapiens and Neanderthal, as pointed out by another researcher, Dr. Hila May. The Nesher Ramla population could represent the answer.

“As a crossroads between Africa, Europe and Asia, the Land of Israel served as a melting pot where different human populations mixed with one another, to later spread throughout the Old World,” she added. “The discovery from the Nesher Ramla site writes a new and fascinating chapter in the story of humankind.”

This discovery made by a team of extraordinarily talented experts from the the Sackler Faculty of Medicine, the Dan David Center for Human Evolution and Biohistory Research, the Shmunis Family Anthropology Institute, situated in the Steinhardt Museum at Tel Aviv University, and the Institute of Archeology at the Hebrew University of Jerusalem is simply historic.

With all due respect to all those involved, and  with no disrespect intended, I’m simply curious if this academic discovery will give fuel to those who have maintained for decades, that they were present in the Land of Israel, centuries before the Jewish People.

I’m absolutely sure, that if Saeb Erekat or Yasser Arafat were still alive, they’d be in the news, covered with great enthusiasm by the entire ‘mainstream media community’ screaming, ‘I told you so!’ 😎 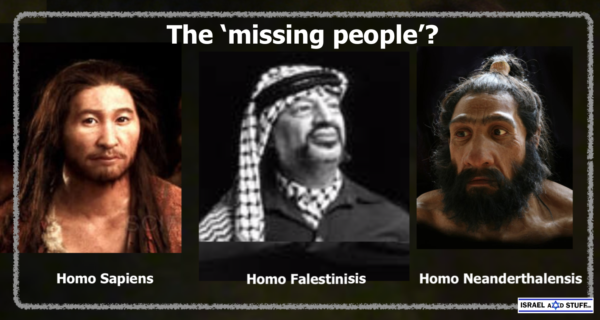