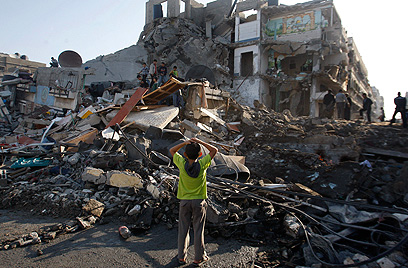 According to the report, during the eight days of the operation, 167 Palestinians were killed, of whom 69 were “combatants” (with seven being assassinated);11 of those killed could not be identified as combatant or civilian.

The Israeli Defense Forces said in response that the majority of cases in which Palestinian civilians were killed during the operation were examined and justification for criminal investigation has not been found.

According to the human rights organization, 87 of those killed were civilians not involved in the fighting and the vast majority were killed in final four days of the operation. 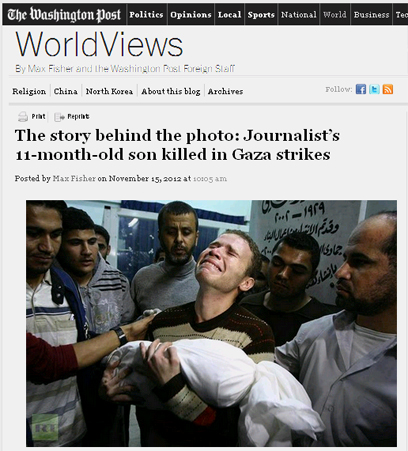 The effect on the civilian population was significantly lower during Pillar of Defense than during Operation Cast Lead four years earlier, but B’Tselem claims that research data undermines the view that has taken root among the Israeli public, which believes that a surgical operation can be run almost without harming civilians.

The report raises the suspicion that the IDF violated the rules of war by not providing civilians with effective warning prior to attacks, and by broadening the definition of legitimate targets for attack. 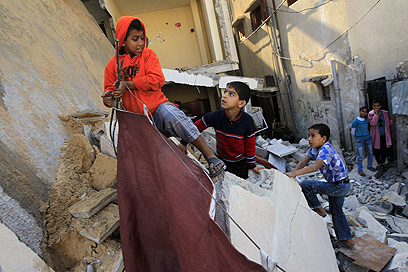 In addition, the report mentions that during operation, seven people were shot to death on the streets of Gaza by a Palestinian crowd. Six had been convicted by the Hamas government of collaborating with Israel and the seventh had been indicted on the same charge, but the trial had not reached completion.

The IDF said in response, “Immediately after the operation, an IDF committee was established to examine the events, headed by Major General Noam Tivon. At the same time, the Military Advocate General began to examine events for violations by IDF soldiers during the operation.

“The examination process is ongoing, and included collecting information on incidents in which civilians were injured, yet apparently not involved in the fighting, even in cases in which no complaints were filed. Investigation into a small number of events remains to be completed, but in regard to those incidents examined so far, the Advocate General has not found that there is justification for criminal investigation,” the IDF statement continued.

It was further stated, “It should be noted that in regard to the events examined so far in which non-combatants were injured, it was mostly as collateral damage to military targets, or when civilians were mistakenly identified as terrorist operatives.” 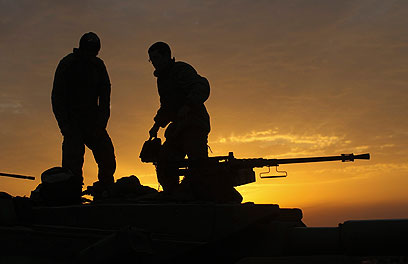 “It should be emphasized that these injuries themselves do not indicate any violation of the laws of war, but do, unfortunately, reflect upon the activities of terrorist organizations sponsored by the civilian population.

“In terms of factual findings, the indication is that IDF forces involved in…Operation Pillar of Defense were, in general, very professional… They also placed significant emphasis on reducing collateral damage to non-combatants and civilian property,” it continued.

“This was accomplished by the implementation of ordered work processes in relation the targets of attack, checking relevant intelligence information, and implementing different precautions to reduce collateral resulting from the attack (including the type of weapons used, providing concrete warnings ahead of time whenever possible, and timing of attacks),” the IDF stated.