Little noticed amid the furor over one of Israel’s most contentious policies, a small but growing number of Arabs are moving into Jewish settlements in east Jerusalem, drawn by cheaper rent and better services. 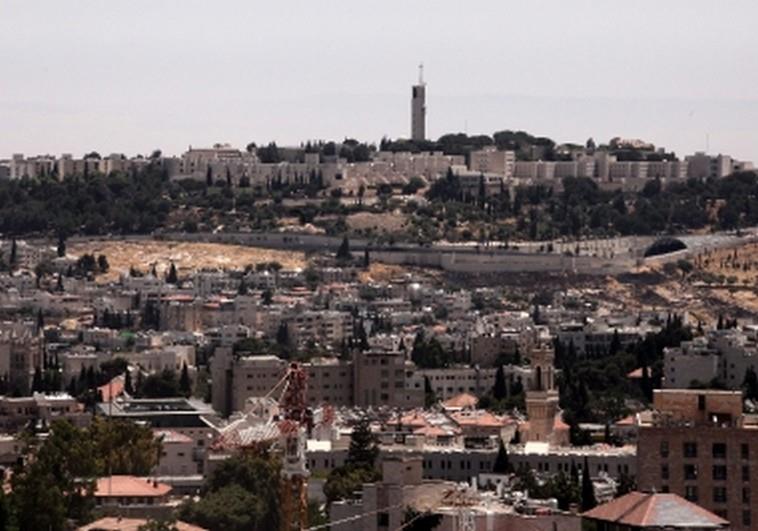 But in the neighborhood of French Hill, around Mount Scopus where the Hebrew University is based and many Arabs study, about 16 percent of residents are Arab citizens of Israel, according to the Central Bureau of Statistics.

“Really it’s not a matter of ideology,” said Rawya Mazal, an Israeli-Arab realtor who sells or lets properties to Arab families in French Hill. “It’s about convenience, living close to campus, or making an investment.”

Cross-community relations aren’t always harmonious. Few, if any Arabs live in Jewish settlements in the West Bank, and a surge of violence in recent months has persuaded some to leave those in east Jerusalem.

Like so much in the region, the ethnic mix is complex. Official figures from 2013 show 7.4% of French Hill residents are Arabs, and Mazal believes the true non-Jewish population is closer to 20%.

While the high proportion of Arab residents in French Hill and Mount Scopus is probably exceptional, the trend is visible in other east Jerusalem neighborhoods too.

In the working-class areas of Pisgat Ze’ev and Neveh Ya’acov to the northeast of Jerusalem’s Old City, 1 to 2% of residents are now Israeli-Arab, figures show.

The Jerusalem municipality does not collect ethnic data, but Uzi Chen, the city hall representative for northern districts, said “several hundred” Arab families live in Pisgat Ze’ev and Neveh Ya’acov, which have a combined population of 63,000.

Arabs living in east Jerusalem hold Israeli residency permits although they are not citizens.

Sabrine Jabber, 26, is a Muslim Arab who has spent half her life in Neveh Ya’acov, a collection of white high-rises that expanded as a settlement in the 1970s.

While living in a religiously conservative neighborhood, she plays down the effect of the recent tensions in Jerusalem that have led to violence between Arabs and Israelis.

“Nothing has changed for us,” she said, sunning herself on the rear terrace of her block. “My neighbors know me and I know them. We get on fine.”

Arabs living in the neighborhood tend to send their children to schools in the nearby Arab neighborhood of Beit Hanina, and if they want to go to the mosque, they just cross the road.

Moussab Abu Ramouz, an Arab who works in a supermarket in Neveh Ya’acov but lives in Beit Hanina, said rents in his area were up to 25% more expensive than in the settlement, which also has better public transport.

What is more, while Arabs pay municipal taxes at the same rates as Jewish residents, their neighborhoods tend to have much poorer services, with rubbish seldom collected, the sidewalks in disrepair and sparse street-lighting.

While some middle-class Israeli Arabs may be attracted by practical considerations, moving into a settlement does not come without problems.

Mazal, the realtor, said she has had a Jewish homeowner refuse to sell a property to Arabs; that deal was clinched through a Jewish go-between.

Sarhan Ganayem, an Israeli-Arab, has lived in Jerusalem for 12 years, first in French Hill and then in Neveh Ya’acov. But he and his family have had enough.

“Relations between Arabs and Jews have become intolerable,” said Ganayem, an accountant whose wife is giving up a good job as a city water engineer so that they can move to northern Israel.

He said he had felt more menaced in recent months, following a string of violent attacks by Arabs on Israelis and several reprisals by Israelis against Arabs.

The family next door has two sons in the army and he said there was never any exchange of greetings with them.

“I don’t want to be mistaken for a terrorist,” Ganayem said. “And I don’t want to risk a real terrorist turning up and maybe mistaking my wife, who is kind of blonde and Russian-looking, for a Jew.”