Now Hezbollah is funding its world-wide terror with fake medicine

A new study reveals that Lebanese Shiite group Hezbollah has discovered a new and original way of funding its terror activity – counterfeit medicine.

According to the study, over the past year Hezbollah terrorists have increased the manufacturing of fake Captagon, a drug used for treating Attention Deficit Hyperactivity Disorder. Although banned in most countries in the 1980s, illegally produced and smuggled Captagon – sometimes containing amphetamine instead of fenethylline – is a common drug of abuse in the Middle East.

Over the past year, several drug labs were uncovered in various mosques in Baalbeck and the Beqaa Valley in Lebanon.

The study suggests that Hezbollah has branched out from manufacturing and distributing drugs, and has begun producing fake medicine as a source of funding.

According to Dr. Boaz Ganor and Miri Halperin, who conducted the study, the change in Hezbollah’s financial focus mainly derives from the fundamentalist aspect of the organization. “As an Islamic organization, drug trafficking is problematic,” Ganor said. 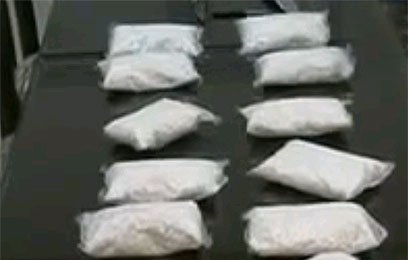 “Firstly, the issue of drugs contradicts Islam’s religious commands. Throughout the years, Hezbollah has solved this problem by claiming that the drugs were not intended for internal use but rather for exporting purposes. Thus, the drugs would only hurt the ‘infidels.’ However, the fact that Islamic believers are still involved in the operation is problematic,” he added.

“An additional explanation for the Lebanese organization’s change of focus is completely financial. The profit to be made from distributing medication is higher than the one made in the drug business,” Ganor said.

He estimated that “the profit was anywhere between 10 million to hundreds of millions of dollars a year.”

Ganor further explained that over the past few years, American pressure on the terrorist organization has driven it to stop manufacturing and distributing drugs in the country.

However, Ganor insists that despite his study, various reports still indicate that the Shiite group is still using drug trafficking in Europe, Africa and Latin America to fund its activities.

The link between Hezbollah and the Captagon drug is not a recent one. In 2006, Lebanese authorities seized two Captagon manufacturing machines that were addressed to Hussein al Mussawi, Hezbollah’s Member of Parliament.

Since 2006, Hezbollah has based various counterfeit medicine labs in Baalbek and other nearby villages. These labs can produce up to millions of fake Captagon pills a day.

According to Ganor, the al Mussawi scandal led to the uncovering of additional medical drug smuggling rings.

Ganor claims that the breakthrough in the medical drug scandal, which led to more arrests of Hezbollah smugglers, derives from an intergroup conflict.

“It appears that after the Second Lebanon War, tensions between Hezbollah’s leadership in the Bekaa Valley and the group’s leadership in southern Lebanon increased,” he said.

“Hezbollah leaders in the Bekaa Valley gathered their strength while southern Lebanon was in war with Israel. In their attempt to gain political and financial power, Bekaa Valley leaders began manufacturing and distributing Captagon pills.”

“Work began under a religious fatwa (authoritative religious decree of Islamic law) made by Sheikh Mohamed Yazbek, a member of Hezbollah’s highest Shura Council. Yazbek’s fatwa legalized the manufacture and sale of Captagon pills on the condition that they were not consumed by Shiite believers,” Ganor added.

Ganor suggested that the tear in Hezbollah’s leadership led southern Lebanon’s leaders to leak information on the criminal network in the Bekaa Valley, including names, medical drug labs and smuggling routes.

“Our study shows that the origin of the counterfeit medicine ring is in Lebanon. From there, the Captagon drug is smuggled to Eastern Europe and the Middle East.”

According to the UN’s Office on Drugs and Crime, in 2009 over 23.6 tons of fake Captagon were seized in the Middle East.