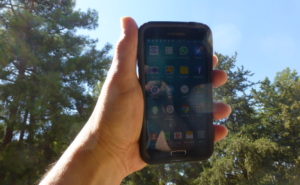 Abbas’ PA in a panic to file complaints against Israel within the international community after learning of Israel’s Ministry of Communications’ intention to expand and upgrade mobile-phone access throughout Judea and Samaria.

The Palestinian Authority will send memos to international institutions in response to the announcement by the Israeli Ministry of Communications of its intention to invest 40 million shekels in expanding the cellular coverage of the Israeli communications companies in Judea and Samaria.

Alam Moussa, the PA official in charge of communications, told the PA Wafa news agency on Monday that the Israeli move violates Palestinian sovereignty and harms the Palestinian companies operating in “Palestine”.

“The action of the occupying state contradicts all international laws, because entering our land, building towers for the occupation army and allowing Israeli settlers and cellular companies to use them to strengthen reception in the West Bank is unacceptable and poses a threat to Palestinian cellular companies,” he said.

Moussa, who referred to the “settlements” as “cancer,” added that the Palestinian Arabs intended to contact the international media union in order to stop the Israeli moves.

MK Motti Yogev (Jewish Home), who is promoting the expansion of cellular reception in Judea and Samaria, responded by saying, “The Palestinian economy has no right to stand by itself, just as there has never been a Palestinian state nor will there ever be one.”

“If the Israeli cellular network can help the Palestinian population as well, we will be happy, just as the subcommittee is planning the master plans for roads, electricity, water, sewage and the environment for all the Jewish and Arab populations in Judea and Samaria,” he added.

“It’s all part of the knowledge that the State of Israel will be the one who will control these lands forever. It’s our responsibility to take care of the welfare of the populations – including cellular reception,” said Yogev.