In the 1st case of its kind, 4 prominent BDS activists this week went on trial before a Palestinian Authority court for “provoking riots & breach of public tranquility.”

A PA official in Ramallah explained that BDS and its followers make the Palestinians appear as if they are all radicals who are only interested in boycotting & delegitimizing Israel.

At university campuses in the US, Canada, Australia and Europe, they are hailed as heroes campaigning for Palestinian rights. But in Ramallah, ironically, activists belonging to the anti-Israel Boycott, Divestment and Sanctions [BDS] movement are seen by the Palestinian Authority [PA] as trouble-makers and law-breakers. 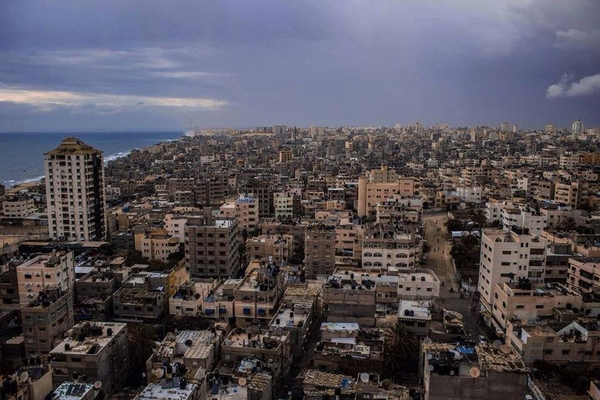 For some PA officials, BDS is a movement that acts against the true interests of the Palestinians. They say that the actions of those promoting BDS make the Palestinians appear as if they are not interested in peace and coexistence with Israel. BDS activists in Ramallah have succeeded in preventing several planned meetings between Israelis and Palestinians in Ramallah and east Jerusalem.

A PA official in Ramallah explained that BDS and its followers make the Palestinians appear as if they are all radicals who are only interested in boycotting and delegitimizing Israel. “This goes against the PLO’s official policy, which is to seek a peace agreement with Israel based on the two-state solution,” he said.

In the first case of its kind, four prominent BDS activists this week went on trial before a Palestinian Authority court for “provoking riots and breach of public tranquility.”

The four men, Zeid Shuaibi, Abdel Jawad Hamayel, Fadi Quran and Fajr Harb, were detained by PA security forces after protesting against the performance of an Indian dance troupe.

During the show, which was attended by senior PA officials, the BDS activists protested against the presence of the dance troupe in Ramallah because its members had also performed in Tel Aviv.

The protesters accused the Indian dancers of violating their campaign for boycotting Israel, claiming that their appearance in Tel Aviv was a form of “normalization” with Israel.

The incident seriously embarrassed the Palestinian Authority leadership and resulted in a decision to prosecute the four BDS activists.

The four appeared in court on May 28 to face the charges against them. However, the trial was postponed until July 14 because state witnesses failed to appear in court.

The decision to prosecute the BDS activists has drawn strong condemnations from the anti-Israel movement and other Palestinians.

Omar Barghouti, one of the leaders of the BDS movement, said that the PA should be put on trial for bringing the four men to court. “If the four men are brought before a court, then we should prosecute the Palestinian Authority for serving the Israeli occupation’s project,” he said. “The decision to prosecute the four men was taken in collusion with the fierce Israeli campaign against the BDS.”

Amnesty International also criticized the Palestinian Authority and called for dropping the charges against the four activists. “We urge the PA to drop the criminal charges against them and to ensure an independent and impartial investigation into their allegations of ill-treatment,” Amnesty said in a statement:

Amnesty International emphasizes that peaceful expression and protest must never be punished as criminal offenses and that imprisonment is always a disproportionate restriction on freedom of expression. Furthermore, the reported treatment of the four men once in custody has undermined their right to a fair trial and raises concerns that they are being punished for their political protest.

The Palestinian Authority’s move against the BDS activists shows that it considers the movement a threat to Palestinian interests.

Abbas himself has come out in public against the BDS movement. During the funeral of former South African President Nelson Mandela last year, when asked about BDS, Abbas told reporters: “No, we do not support the boycott of Israel.”

Abbas and the Palestinian Authority have good reason to oppose the BDS movement. BDS leaders and supporters are opposed to the PA leadership’s contacts with Israelis and have often denounced Abbas for conducting peace talks and security coordination with Israel.

The Palestinian Authority has come to the conclusion that the BDS activists are in fact anti-peace extremists whose goal is to prevent any peaceful settlement between Israel and the Palestinians. The decision to prosecute the four Ramallah activists is also aimed at sending a message to BDS supporters worldwide that the movement is acting against the true interests of the Palestinians and promoting hatred and bigotry.

It now remains to be seen whether BDS supporters around the world will absorb the message and realize that apart from being anti-Israel, BDS is also an anti-Palestinian and anti-peace movement.

Khaled Abu Toameh is an Arab Muslim, a veteran award-winning journalist who has been covering Palestinian affairs for nearly three decades. He studied at Hebrew University and began his career as a reporter by working for a PLO-affiliated newspaper in Jerusalem.
Abu Toameh currently works for the international media, serving as the ‘eyes and ears’ of foreign journalists in the West Bank and Gaza Strip.
Abu Toameh’s articles have appeared in numerous newspapers around the world, including The Wall Street Journal, US News & World Report and The Sunday Times of London.
Since 2002 he has been writing on Palestinian affairs for The Jerusalem Post. Abu Toameh has also been working as a producer and consultant for NBC News since 1989.