Palestinian Foreign Minister Riad Al-Malki said in Japan, “We will never go back and sit again in direct Israeli-Palestinian negotiations.”

One-on-one talks with Israel are out of the question, Palestinian foreign minister Riad Al-Malki said Monday. 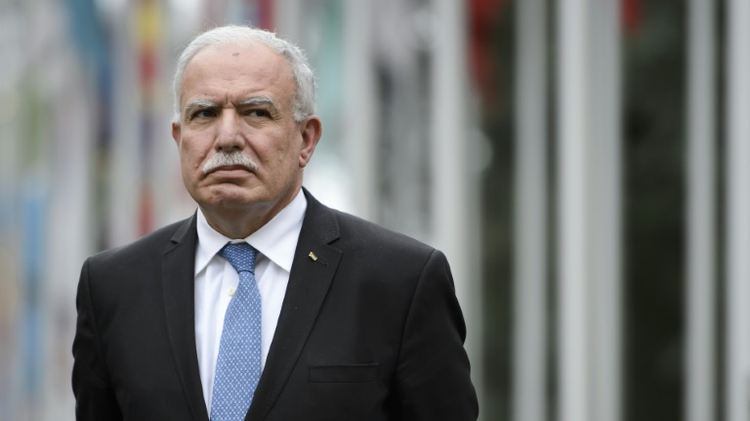 “We will never go back and sit again in a direct Israeli-Palestinian negotiations,” Malki said in a press conference in Japan.

Their visit to Japan comes as the US ambassador to the UN, Samantha Power, met with Israeli Prime Minister Benjamin Netanyahu and President Reuvin Rivlin in a push to get the Israeli-Palestinian peace talks back on track. She is scheduled to meet with member of the Palestinian Authority during her visit as well.

Five Palestinians, including three teenagers, were killed while carrying out attacks Sunday, the latest in a wave of Palestinian knife, gun and car-ramming attacks on Israelis that erupted at the beginning of October.

The current wave of terror, which erupted at the beginning of October, has claimed the lives of over 30 Israelis, as well as an American, a Sudanese and an Eritrean.

167 Palestinians have been killed by Israeli forces, most while carrying out attacks against Israelis.

Many of the assailants have been teenagers who appear to have acted on their own.

Malki pointed to ongoing “Israeli occupation” of the West Bank, which began in 1967, saying Palestinians born under it have seen nothing “but humiliation, soldiers’ check-points, deaths and killing”.

“They are born without any hope for the future… that’s why sometimes they (teenage assailants) decide to sacrifice their lives even at the age of 15… for the better lives of the rest of the Palestinians,” Malki told a press conference.

Malki, at his press conference, also said that Palestinian authorities do not advocate violence and are trying to prevent it.

“But the international community has to understand that there is a limit to everything,” he said.

Some analysts say Palestinian frustration with Israeli settlement building in the West Bank, the complete lack of progress in peace efforts and their own fractured leadership have fed the unrest.

Israel blames incitement by Palestinian leaders and media as a main cause of the violence.

Peace talks collapsed in April 2014 and since then, the situation has deteriorated, with the prospects of fresh dialogue appearing more remote than ever.

Malki stressed that a multilateral framework to solve the Israeli-Palestinian conflict is needed and he praised an initiative discussed late last month by France to revive plans for an international conference to end the conflict.

And he warned that without international involvement a vacuum will be left that may end up being filled by the Islamic State jihadist group.

“If Daesh take advantage of lack of any brokers… then of course, they might come and try to fill it,” he said, referring to Islamic State.

“This is very dangerous,” he added.

“If the Americans are giving up and the Europeans don’t have the courage to do anything and Arabs are really worried about their own problems, what do you expect? Extremists around might take over.”

During the meeting, Abe pledged $78 million in fresh economic assistance, according to Jiji Press and Kyodo News.

Abe also “expressed Japan’s intention to continue its political and economic support so that Palestine will be an independent, democratic, viable and contiguous state,”Kyodo cited a joint press release issued after the meeting as saying.