Palestinian lawmaker Khalida Jerrar was charged with 12 counts by a Israeli military court in connection to her membership with the Popular Front for the Liberation of Palestine, according to a report released Friday by Amnesty International. 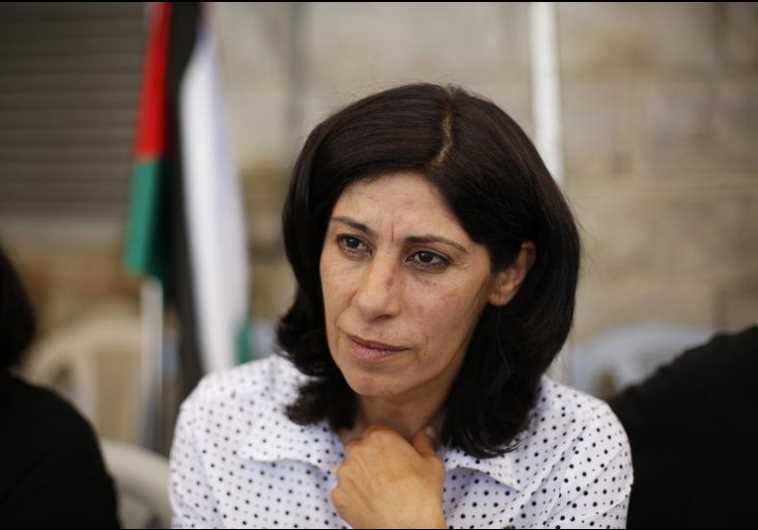 Jerrar, who has been detained by Israeli authorities since April 2, had the charges brought against her Wednesday. Charges included membership of an illegal organization, participation in protests, and incitement to kidnap Israeli soldiers, according to Palestinian news agency Ma’an

Earlier this month, IDF soldiers arrested Jarrar during a pre-dawn raid on her home in Ramallah for violating an injunction issued last August ordering her to remain in the Jericho area. At least 60 soldiers and security officers raided the house on Al-Ersal Street before taking Jarrar into custody.

In August 2014, the IDF ordered Jarrar to leave her home in Ramallah and move to Jericho. She was told that she would not be permitted to leave the district of Jericho without permission from the IDF commander in the West Bank. Jarrar refused to comply with the order and waged a campaign in protest against the decision to “exile” her to Jericho.

According to the Shin Bet (Israel Security Agency), Jarrar is one of the dominant militant forces in the PFLP, and advocates for military resistance against Israel. Jarrar has been involved over the past few months in strengthening the PFLP in the West Bank, the Shin Bet said, including pushing its members to be take part in terror attacks.

Lawyers for the Palestinian lawmaker claim that Jerrar was being unfairly targeted and there was no basis to the incitement charge, Ma’an added.

Jarrar, 51, was elected as member of the PLC in January 2006. She is one of three PFLP parliament members. Jarrar’s arrest brings the number of PLC members held in Israeli prison to 16.