From Beirut, Haniyeh was to participate by video conference in a meeting Thursday headed by Palestinian President Mahmoud Abbas in the West Bank city of Ramallah, the Dubai-based Al-Arabiya channel reported.

The meeting will include representatives all Palestinian factions, including from the PLO and Islamic Jihad.

The focus of the meeting was to be plans to counter the American peace plan, dubbed the “deal of the century,” Israel’s annexation plans of the West Bank and Jordan Valley, and the recent normalization agreement between Israel and the UAE.

The Hamas leader’s last visit to Lebanon was in 1993, after Israel exiled 415 Islamist cadres and soldiers from the West Bank and Gaza Strip to Lebanon.

Their exile was finally terminated after pressure from then-U.S. President Bill Clinton.

The United Nations Security Council also condemned the mass expulsion at the time, calling it a violation of the Fourth Geneva Convention.

According to analysts, Lebanon presents itself as a “discreet rear base” of Hamas, whose headquarters are located in a residential building in the southern suburbs of Beirut, a stronghold of Hezbollah.

Hamas announced Monday that it has reached an agreement with Israel to de-escalate violence across the border of the Gaza Strip, where the terror group seized control in 2007.

The talks, which were mediated by the Qatari envoy to the Gaza Strip, Mohammed al-Emadi, “brought understandings between us and Israel to return calm to the region and prevent an escalation in violence,” Hamas said in a statement. 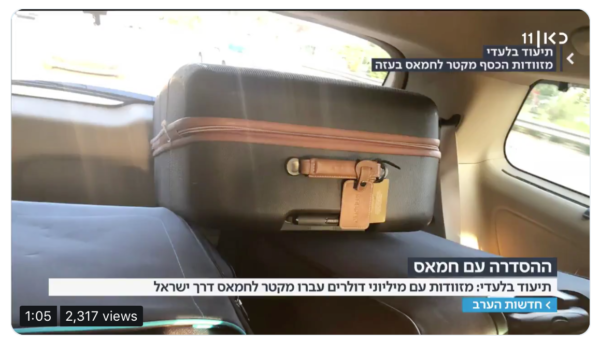 The agreement was said to include facilitating social projects to help tackle the dire humanitarian situation and rein in the spread of COVID-19 in the coastal enclave.

In return, Hamas would end the spate of incendiary balloons dispatched from Gaza into southern Israel, causing dozens of devastating wildfires.