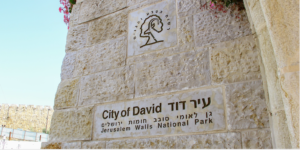 The PA claim was connected to expected US participation in an inaugural ceremony for the “Pilgrim’s Road” at the City of David excavation site near the Old City of Jerusalem. Archaeologists say the ancient path was the one used by pilgrims ascending to Jerusalem to bring sacrifices to G-d during Jewish festivals.

“PA claims our attendance at this historic event supports ‘Judaization’ of Jerusalem/is an act of hostility vs. Palestinians. Ludicrous,” Greenblatt tweeted.

“We can’t ‘Judaize’ what history/archeology show. We can acknowledge it & you can stop pretending it isn’t true! Peace can only be built on truth.”