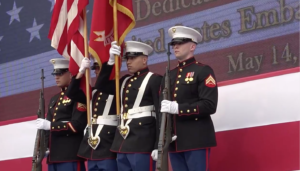 Cases at the court can take years to complete. Its decisions are final and legally binding, but are not always adhered to. No date was immediately set for hearings.

US President Donald Trump announced last December that the US recognized Jerusalem as Israel’s capital and would be relocating its embassy from Tel Aviv to Jerusalem. The embassy officially relocated on May 14, the day on which the State of Israel was established in 1948.

The PA, angered by Trump’s move, broke off contact with the US after the announcement and refuses to consider the Trump administration an honest broker for peace negotiations with Israel.