Jerusalem didn’t object to material of Washington’s understanding of Israel’s nuclear program in the 1980s from being made public.

LAUSANNE, Switzerland — Last month, the United States released documentation from 1987 of its assessment of Israel’s nuclear weapons capabilities at the time, required to do so by law after receiving a request filed under the Freedom of Information Act. 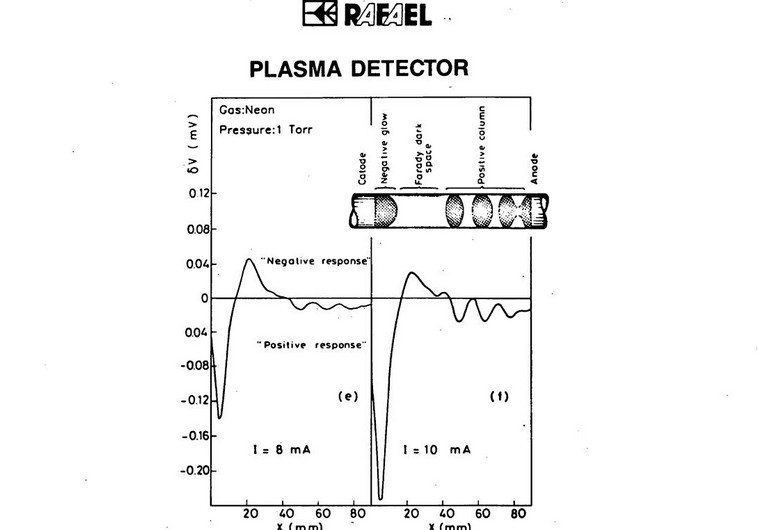 The document, formally titled “Critical Technological Assessment in Israel and NATO Nations,” was written by Leading Technologies Incorporated for the Institute for Defense Analyses, and commissioned by the Department of Defense. Its contents are based on visits by US experts, in coordination with the US embassy in Tel Aviv and with the guidance of the Pentagon, to various facilities and laboratories across Israel.

While Israel has never publicly declared itself a nuclear weapons state, its arsenal is widely acknowledged by the international community. Israel is not a signatory of the UN Nuclear Non-Proliferation Treaty.

This document, however, summarizes in detail Washington’s understanding of the nature and purpose of that program as it stood in the 1980s.

Two of Israel’s nuclear facilities at the time, Soreq and Dimona, “are the equivalent of our Los Alamos, Lawrence Livermore and Oak Ridge National Laboratories,” the document reads.

“The SOREQ center runs the full nuclear gamut of activities from engineering, administration, and non-destructive testing to electro-optics, pulsed power, process engineering and chemistry and nuclear research and safety,” the paper continues. “This is the technology base required for nuclear weapons design and fabrication.”

The report goes on to detail Israel’s experimentation with various nuclear fuels, laser-based nuclear weapons detonation devices and the effects of radiation propagation.

While the assessment concluded that, at the time, Israel’s weapons design was “extremely conservative,” it also said the Jewish State was experimenting with coding “which will enable them to make hydrogen bombs.”

The document appears to have been categorized as “declassified” upon its submission, suggesting the US government assessed at the time that its findings would be low-impact if ultimately made public.

So, too, must have been the assessment of the Israeli government in 2014, as it was given the opportunity to keep the document secret and declined to do so.

“We did inform the Israeli government of our planned release of the documents and they did not object,” Army Col. Steven Warren, director of Pentagon press operations, confirmed to The Jerusalem Post.

Upon receiving a FOIA request concerning information sensitive to foreign governments, the US informs the relevant partner, giving them the opportunity to formally object.

“The US government was by law required to release the report upon such a FOIA request unless we had a written request from the relevant foreign government– Israel– that the information continue to be withheld,” one senior administration official told the Post on Friday night. “Israel did not object to the release of this information.”

The official said that, without Israel’s protest, the Pentagon had “no legal basis to withhold the report.”

Israeli officials declined to comment for this report, neither confirming nor denying concerns over the document, the contents of its assessment or the politics surrounding its release.

While the FOIA request was made years ago, the release of the document was first discussed in recent months– in the shadow of debate over Iran’s nuclear weapons work.

Iranian President Hassan Rouhani has called for a nuclear-free zone in the Middle East at the United Nations, suggesting that his country’s nuclear program may be in response to Israel’s own.

Israeli Prime Minister Benjamin Netanyahu adamantly opposes a working proposal under discussion here in Switzerland which would cap, restrict, monitor and roll back much of Tehran’s nuclear program for a finite period. Deadline for a political framework agreement in those negotiations is March 31.

Privately, those who acknowledge Israel’s nuclear weapons program tout its effect as a deterrent. Israel’s program is understood to have first been developed in the late 1960s, after the young country had already been at war with the forces of eight Arab nations.

The Israeli government fears that Iran’s program serves a different purpose: Not deterrence, but emboldenment of aggressive behavior and the protection of a regime that calls for the destruction of the only Jewish state.

The Iranian government says its program is for peaceful purposes: that its ability to develop homegrown nuclear technology– a right guaranteed by the United Nations– serves as a point of national pride.

Conservative Israeli and American media, including Fox News, the Drudge Report and the Washington Examiner, have suggested that the timing of the document’s release was an intentional move by the Obama administration to undermine Netanyahu.

The document, indeed, was released when Israel’s concerns over an Iran deal were first raised at high pitch. The White House considers Netanyahu’s behavior, including a speech to a joint meeting of Congress attacking his Iran policy, as disrespectful of the presidency and a politicization of the US-Israel relationship.

US President Barack Obama does not review FOIA requests, nor does any president, concerning unclassified documents. While Israel has not discussed the document or its release, one official did acknowledge discussion over the matter first began in 2014.