Liberal Democrats, the group for whom US Senator Bernie Sanders is the most appealing candidate in the current presidential race, sympathize more with the Palestinians than with Israel, according to a Pew Poll released on Thursday. 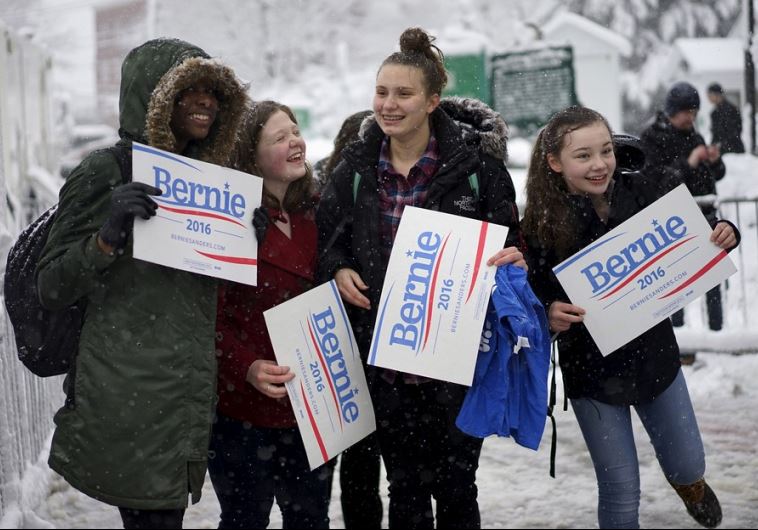 According to the poll, when asked with whom they sympathize more – Israel or the Palestinians – 40% of those who define themselves as liberal Democrats responded the Palestinians, and only 33% said Israel.

These numbers are significantly different than the national figure, which shows that Israel continues to enjoy strong support among the American public, with 54% of the public more sympathetic to Israel and only 19% with the Palestinians.

Inside the Democratic Party, the poll found that while Clinton supporters are more likely to sympathize with Israel (47% to 27%), among Sanders supporters there is more sympathy for the Palestinians 39% to 33%.

During his campaign, Sanders has been very critical of the Netanyahu government.

There continues to be wide differences between the parties regarding support for Israel, with 75% of Republicans expressing more sympathy for Israel (just 7% say they sympathize with the Palestinians), as opposed to 43% among Democrats, and 52% of Independent voters.

There are also wide generation differences in support, though fears that Israel has lost the “millennials” is not borne out by the poll. According to these numbers, 43% of those between the ages of 18-29 are more sympathetic to Israel, as opposed to 27% for the Palestinians.  The numbers of support for Israel increases significantly with age, with 68% of those 65 and older supporting Israel, as opposed to only 13% for the Palestinians