On the eve of US State Secretary John Kerry’s meeting with Palestinian Authority President Mahmoud Abbas, the PLO said that the Palestinians wouldn’t pay attention to a “worthless” framework agreement presented by the US. 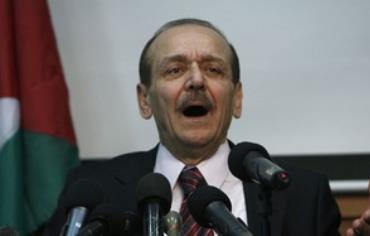 Kerry is expected to meet with Abbas in Ramallah on Friday.

PLO Secretary-General Yasser Abed Rabbo said that the Palestinians have already spent the past few months negotiating with Israel, and there’s no need to start new talks about the implementation of a new framework agreement.

Abed Rabbo said that Kerry was now asking the Palestinians to agree to negotiations with Israel over a new accord, which, he claimed, gives the Israelis control over the Jordan Valley and restricts Palestinian sovereignty over Palestinian territories.

Abed Rabbo said that the only way to achieve a breakthrough is by drawing full borders between a Palestinian state and Israel, on the basis of the pre-1967 lines – including east Jerusalem.

He also called for a timetable for a full Israeli withdrawal to the pre-1967 lines.

The PLO official dismissed the idea of a land swap that would place Israeli Arabs in the Triangle area under the jurisdiction of a Palestinian state in return for annexing settlements to Israel.

“The settlers are the ones who should get out of the Palestinian territories, because they are violating international law,” he said.

“No Palestinian state will be created without Jerusalem and the Jordan Valley.”

Palestinian sources revealed Thursday that Kerry would present the Israelis and Palestinians with a “blueprint” for a declaration of principles.

The sources said that the “blueprint” calls for an extension of the peace talks beyond the nine-month deadline set by Kerry and that expires in April 2014.

The sources told the Palestinian daily Al-Quds that the “most dangerous” part of the “blueprint” is Israel’s demand that the Palestinians recognize it as a Jewish state.

According to the sources, Kerry is expected to return to the region once again next week to pursue his efforts to convince the Palestinians and Israelis to move forward with the talks.