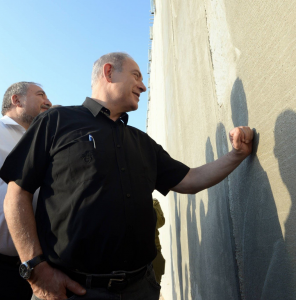 Prime Minister Benjamin Netanyahu inspected the construction work being done on a new security barrier in the South Hebron Hills area on Wednesday, saying completing it was important for the country’s security. 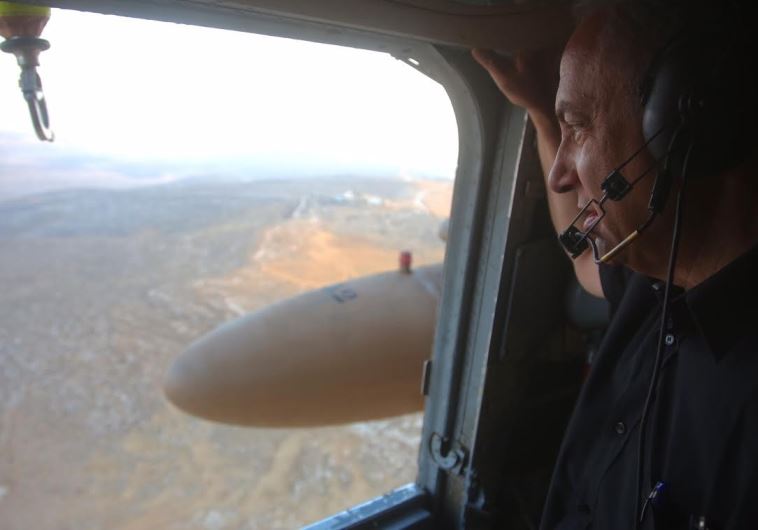 “We said that we will close the breaches,” he said. “We will prevent illegal residents and attackers from reaching Israel’s cities.”

Netanyahu said that protecting the cities was complicated, and included – in addition to building the new security barrier – dealing as well with employers hiring Palestinians without the proper permits; those who help them get into Israel; and those who give them accommodations.

The project that Netanyahu toured is a new 42-km. barrier from Meitar, near Beersheba, to Tarkumiya, west of Hebron.

The new barrier, to be comprised mostly of a wall with warning mechanisms, will replace a security fence that was built there in the last decade and had many breaches in it.Netanyahu, who flew by helicopter to the site, was accompanied by Defense Minister Avigdor Liberman, Public Security Minister Gilad Erdan, Knesset Foreign Affairs and Defense Committee chairman Avi Dichter, and IDF Chief of Gen. Staff Lt.-Gen Gadi Eisenkot.

Work on the project is to be completed in about a year.

Liberman said that the new wall was a combination of an “iron wall and an iron fist.”